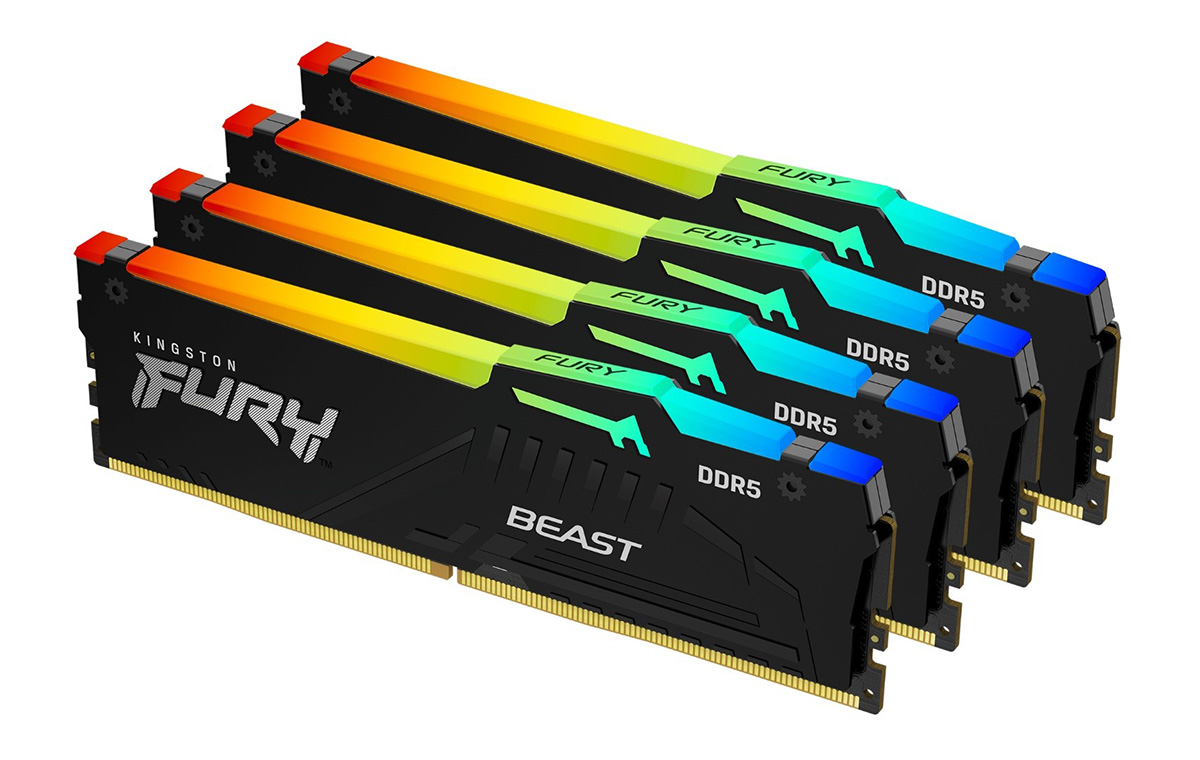 Kingston's FURY Beast DDR5 modules have been out since November of last year, but if you're craving some rainbow lighting goodness, Kingston now finally provides it. Enter the FURY Beast DDR5 RGB, which Kingston has just recently released.

The FURY Beast DDR5 RGB has the same perks that its non-RGB DDR5 siblings share, including Intel XMP 3.0, which means customised memory profiles for the FURY Beast RGB modules, 32 memory banks and a burst length of 16. The RGB is controlled through Kingston Fury CTRL software, and Infrared Sync Technology, which uses infrared light to sync RGB lighting. 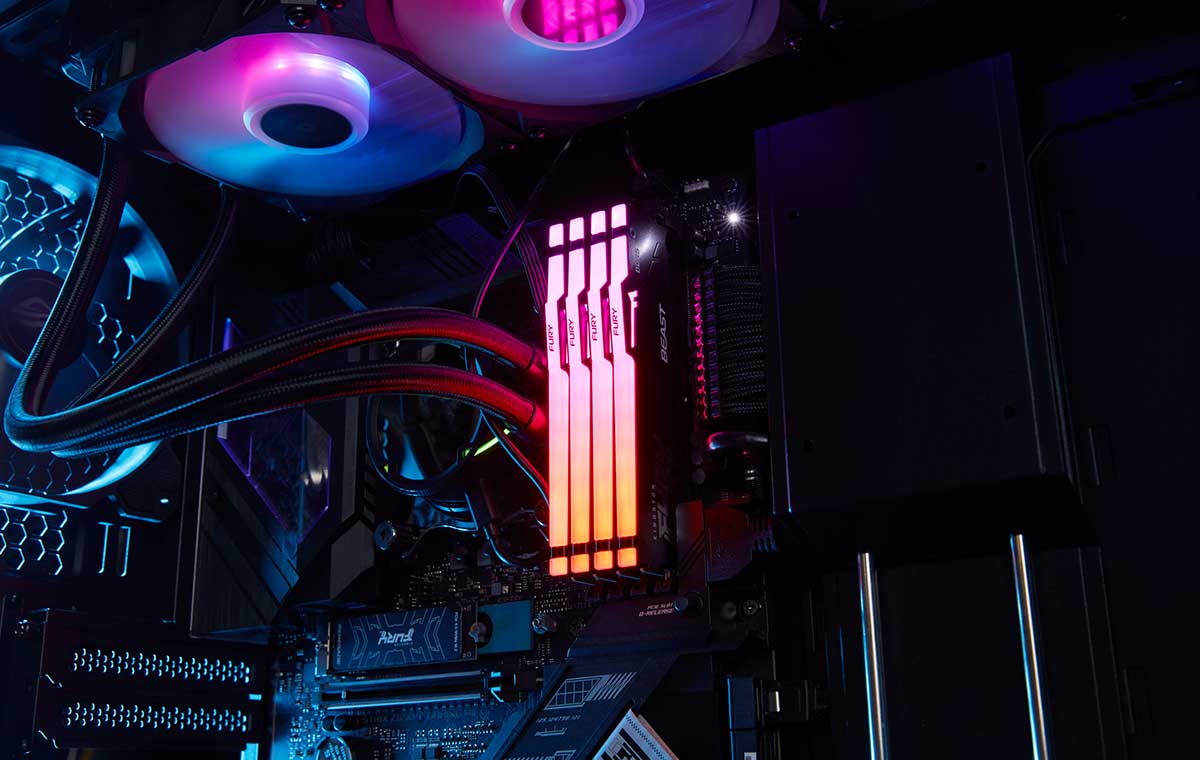 Kingston didn't just slap RGB onto the existing sticks, though, as there are some additions (or technically one addition) to the DDR5 modules.

The most noticeable one would be the new heat spreader design to accommodate the RGB lighting, but the more noteworthy change would be in speed. In particular, where the original modules came in 4800MHz, 5200Mhz and 5600MHz options, there is now a 6000MHz option for the RGB memory sticks. The modules will come with voltages of 1.1V, 1.25V and 1.35V, and memory latencies remain the same as previous FURY DDR5 modules, at CL38 and CL40.

Overall, the new addition of a 6000MHz isn't exactly groundbreaking by any means, but if you've been looking at Kingston's original FURY Beast DDR5 offerings, it's nice to have some extra options, which also happen to be more colourful.

Join HWZ's Telegram channel here and catch all the latest tech news!
Our articles may contain affiliate links. If you buy through these links, we may earn a small commission.
Previous Story
The Apple Arcade is getting everything from spatulas to spaceships in June
Next Story
All eyes on iPadOS 16 as Apple seeks to make it better for multitasking