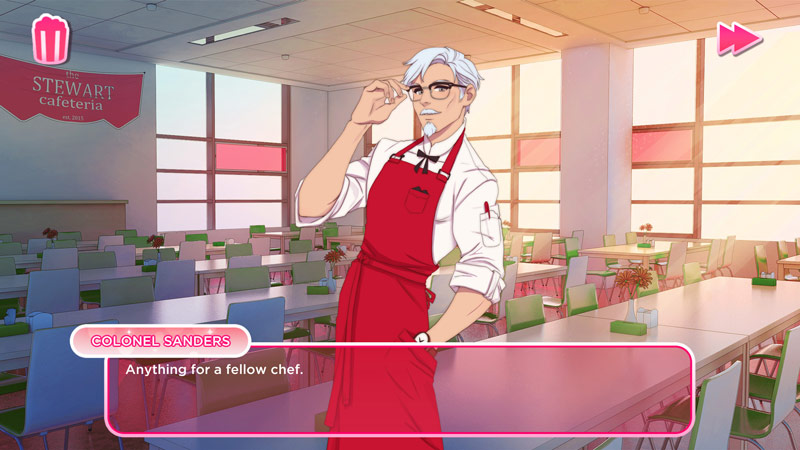 KFC is going off the rails right now! It seems like they’re jumping from creating streetwear lines to publishing video games. The game’s called ‘I Love You, Colonel Sanders! A Finger Lickin’ Good Dating Simulator’, and will launch for free on September 24. If you think this is weird, you clearly haven't heard of KFC's romance novel, Tender Wings of Desire.

This Colonel Sanders dating sim puts you in the role of a culinary student. For dating sim reasons, Colonel Sanders happens to be your classmate - and you can date the silver fox himself! As you play, you'll have to make choices that will have consequences on your friendship or romance with several characters in the game.

I Love You, Colonel Sanders! A Finger Lickin’ Good Dating Simulator has ‘9 lovable characters’, plus a secret ending and hints to the secret recipe. There will also be a bunch of ‘cooking battles’, and ‘battle battles’ so you’re not just clicking through dialogue options the whole time. You can even earn a fictional culinary degree! Your parents would be so proud. 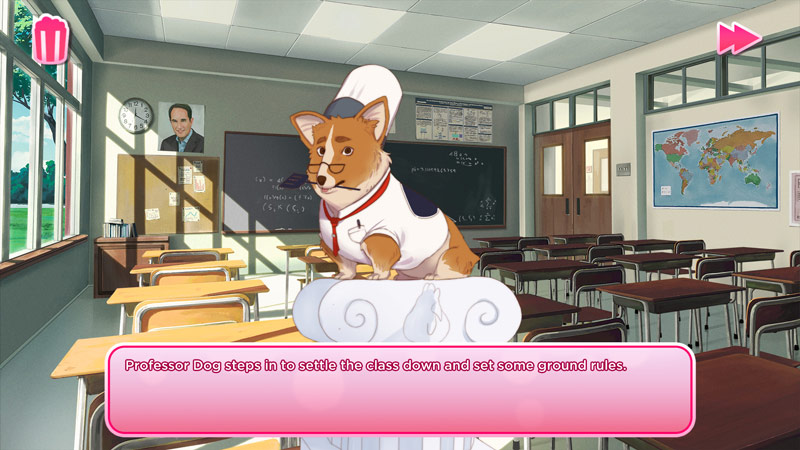 I should add that the game's Steam listing states that it is, “Officially created by KFC. No, really.” Clearly, we are in the end times. Where’s my Ronald McDonald dating simulator? Actually, scratch that - that sounds terrifying.