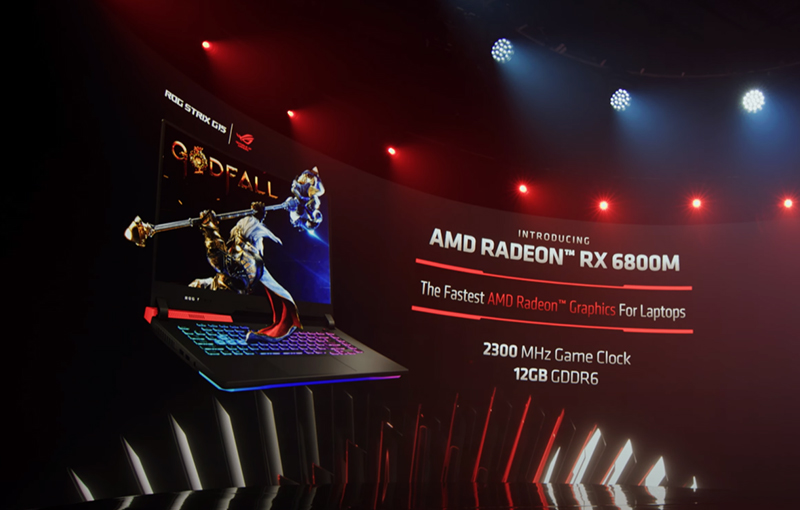 Here are the key highlights: 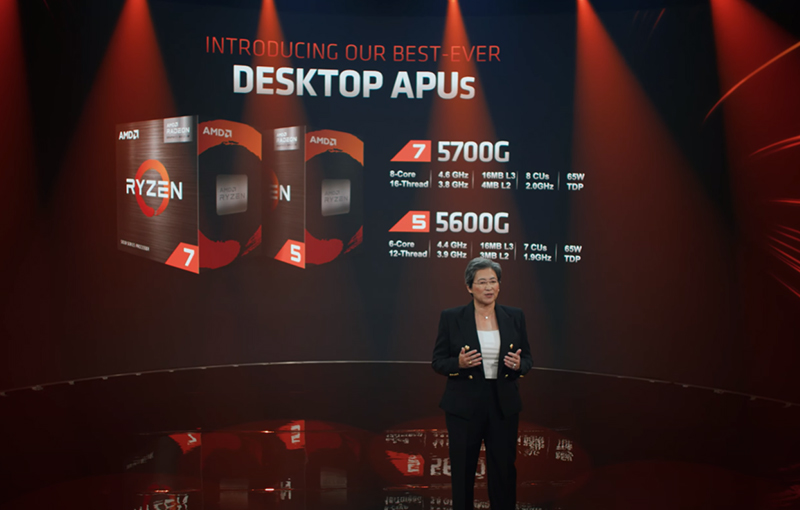 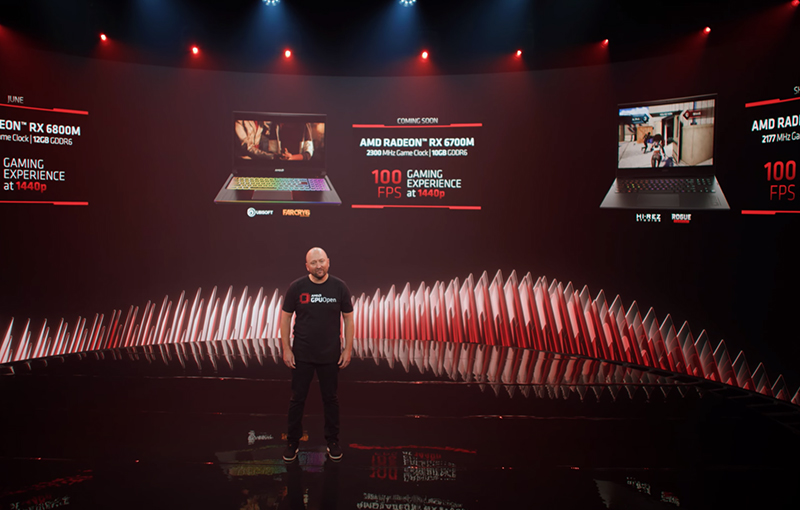 AMD has been knocking successful punches at Intel on the CPU front. But on the GPU front, its Radeon 6000-Series based on the RDNA 2 architecture, while able to compete with NVIDIA's RTX 30-Series at rasterization, falls behind when it comes to ray tracing and other performance-enhancing features like NVIDIA's extremely useful DLSS. Well, that's still no stopping AMD from taking on NVIDIA in the mobile gaming space.

The Radeon RX 6000M-Series are still based on the RDNA 2 architecture, much like its desktop brethens. It will also be available in three variants - the 6600M, 6700M and the flagship 6800M. It will comes packed with the same features that we've seen on the desktop CPUs, including Infinity Edge, Smart Access Memory (aka Resizable BAR), and FidelityFX Super Resolution. ASUS ROG, Lenovo and MSI are some of the notable notebook brands to have committed to launching a gaming model based on one of the three RX 6000M GPU within these couple of months. 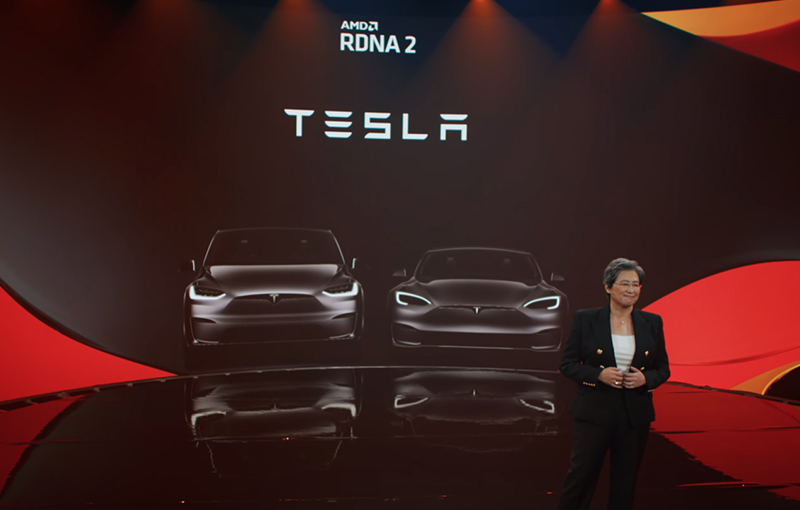 In one of the more surprising news, AMD also revealed that the new Tesla Model S and Model X electric cars will have Ryzen APUs powering the infotainment system in both cars. It will also come with a discrete RDNA 2 based GPU that is capable of running AAA games, providing up to 10 teraflops of compute power, which seems very likely to be a variant of the RX 6700M GPU.

Another surprise! RDNA 2 is going mobile. Specifically, AMD will be working with Samsung to bring some of its RDNA 2 technology, such as ray tracing and variable rate shading capabilities, to Samsung's next flagship mobile SOC - powering its next flagship smartphones. Samsung will be providing more details about later this year. 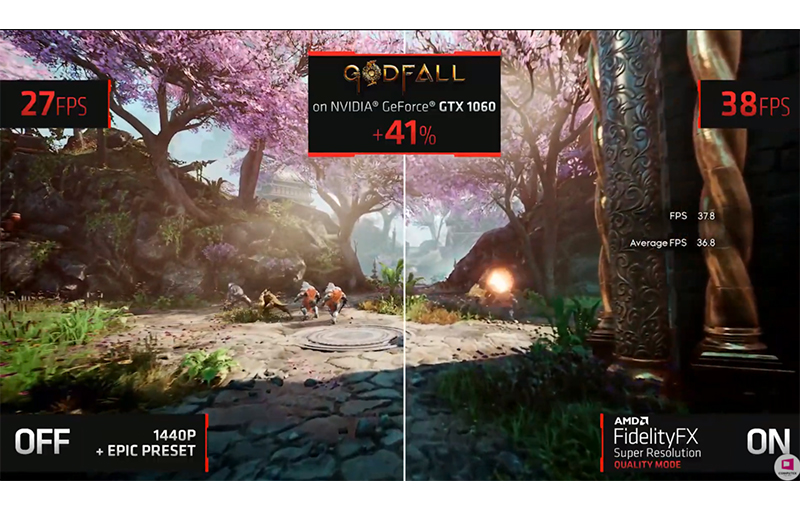 The last key highlight isn't so much about the reveal of the FidelityFX Super Resolution, but that it will also be open-source, and cross-platform compatible even with older cards from NVIDIA and AMD - AMD even demoed an older, NVIDIA GeForce GTX 1060 running on it (as above). Without Tensor cores like the RTX 20 and 30 Series cards, this is only possible through software. As an open-source technology, it is also easier for game developers to integrate it into new and existing titles. AMD will share more details of it as well as supported titles separately on 22 June.

Join HWZ's Telegram channel here and catch all the latest tech news!
Our articles may contain affiliate links. If you buy through these links, we may earn a small commission.
Previous Story
BenQ says their TK700STi 4K HDR projector is made for gamers
Next Story
Alienware teases new X-Series thin gaming notebooks