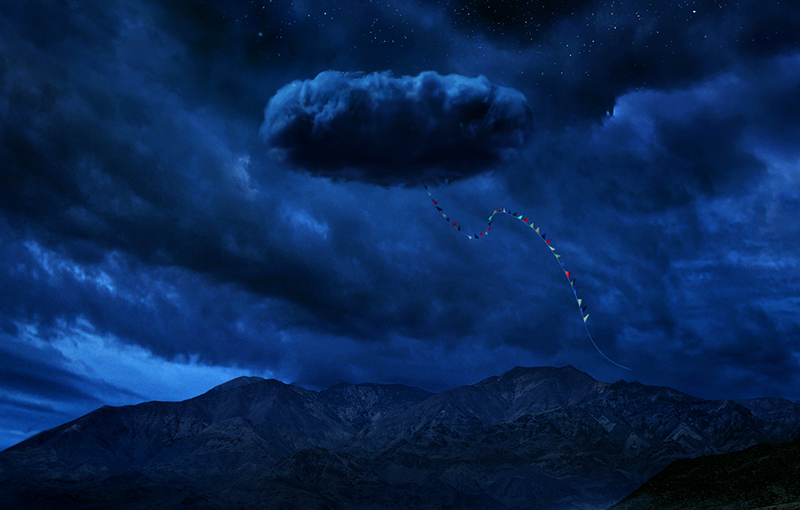 The teaser trailer for Jordan Peele's third feature film just dropped, and it tells us a whole lot of nothing while still being incredibly creepy. With films like Get Out and Us under his belt, Peele has shown that he is reliably capable of delivering the stuff of nightmares.

The trailer starts off innocuously enough, with bright, cheery overtones. It's a sunny day on the Haywood Ranch, where the only Black-owned horse trainers in Hollywood apparently reside.

But things get dark quickly. We get a glimpse of a child fist-bumping a strange, decidedly non-human hand, in a shot reminiscent of Steven Spielberg's E.T. Then there are scenes of people looking up into the sky in horror, a large shadow sweeping over the land, and finally, souvenirs of otherworldly creatures beside a label that reads "Alien Viewer".

The trailer may not have explicitly revealed what Nope is about, but I'm pretty sure it's aliens. The poster also shows what looks to be an odd-looking cloud hovering over a small town, giving off distinct alien mothership vibes.

The desolate locale echoes other similar extraterrestrial films as well, set as it is in a "lonely gulch in inland California".

Join HWZ's Telegram channel here and catch all the latest tech news!
Our articles may contain affiliate links. If you buy through these links, we may earn a small commission.
Previous Story
Apple registers three new Macs ahead of rumoured March event
Next Story
The new Doctor Strange in the Multiverse of Madness trailer hints at the arrival of the X-Men