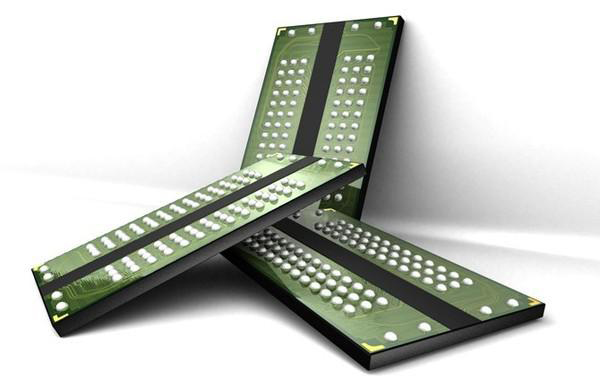 We’ve known that Micron plans to bring GDDR5X memory – a new type of GDDR5 memory – to the market for a while now. However, because Micron didn’t expect availability until the end of 2016, it was unclear if we would even see cards with the new memory type this year, as NVIDIA and AMD would likely have released their new graphics products by then. But now that JEDEC, the body that sets the standards for DRAM, has officially certified GDDR5X as a new memory standard, NVIDIA and AMD may just have received fresh impetus to include it in their next-generation Pascal and Polaris GPUs.

However, we don’t think that this means that upcoming cards will ditch HBM entirely in favor of GDDR5X. Samsung recently announced that it had begun production of second-generation HBM2, and it’s still likely that the stacked chips will make their way into upcoming cards. What we may see though is a selective adoption of GDDR5X by both NVIDIA and AMD in their mid-range cards.

That’s because the benefits offered by HBM are just too significant to pass up on. HBM and HBM2 don’t merely increase memory bandwidth. Both standards slash absolute VRAM power consumption and improve performance-per-watt by a large margin. They’re effectively the solution to the power wall that GDDR5 was running up against as manufacturers tried to squeeze out additional bandwidth from it to keep up with rapidly growing requirements.

On top of that, HBM2 enables VRAM densities that GDDR5X simply cannot match. Samsung’s existing 4GB packages could allow up to 16GB of memory per GPU, and its plans for 8GB packages would enable up to 32GB per GPU with just four stacks of memory. In comparison, Micron’s GDDR5 currently stands at 1GB per chip and would require an inordinate amount of chips, space, and trace routing to match HBM2’s capacities, resulting in increasingly larger PCBs and cards. 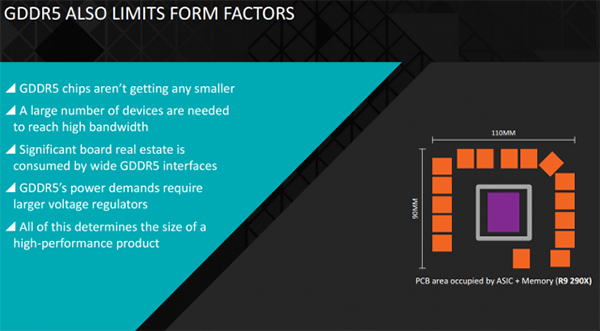 However, what GDDR5X brings to the table is lower costs compared to HBM2, which is an entirely new memory standard. As an extension of the GDDR5 standard, GDDR5X has the benefit of established manufacturing technologies.

It also improves memory bandwidth by quite a bit. Firstly, it features a QDR bus instead of DDR, which means that it doubles the bandwidth over DDR without raising clock speeds at all. The other key change is its ability to prefetch twice as much data – 16n up from 8n – thanks to the higher QDR signalling rate. 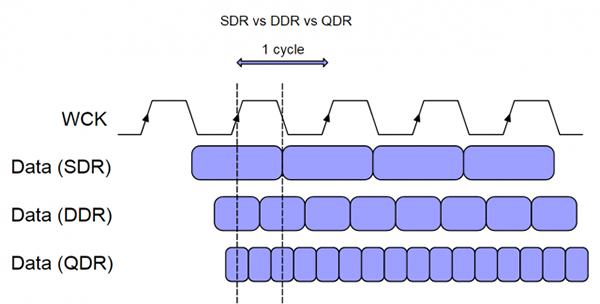 As a result, it makes more sense that GDDR5X memory would make an appearance in mid-range cards, which would allow both NVIDIA and AMD to highlight huge bandwidth improvements while still keeping prices in check. So even if HBM2 isn't implemented across the board, the average consumer may still be able to look forward to affordable cards with ample memory bandwidth for most games and applications.

Join HWZ's Telegram channel here and catch all the latest tech news!
Our articles may contain affiliate links. If you buy through these links, we may earn a small commission.
Previous Story
Securifi's Almond routers are now available in Singapore
Next Story
The world’s oldest torrent is still being downloaded – after more than 12 years!