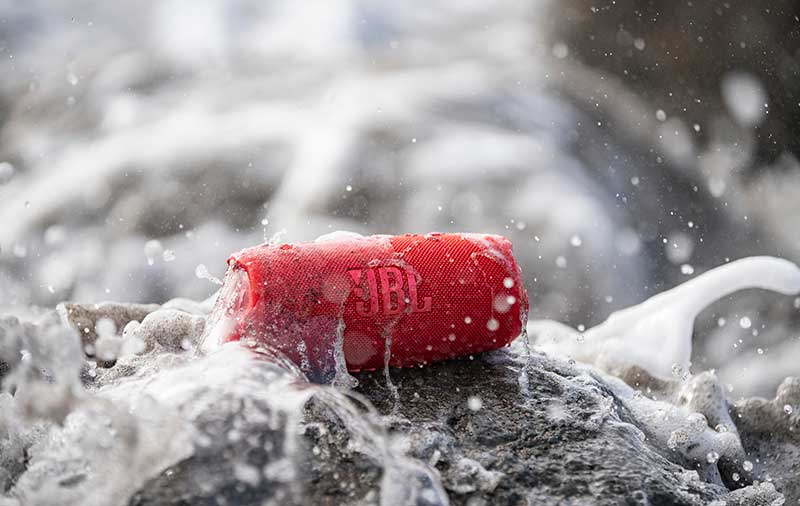 In conjunction with their 75th anniversary, audio company JBL is launching two products covering the speaker and headphone market respectively: the JBL Charge 5, and the Tour Pro+ TWS.

Taking a look at the speaker first, the Charge 5 is JBL’s latest addition to their Charge line of rugged portable Bluetooth speakers with power bank functionality. First unveiled at CES earlier this year, the Charge 5 delivers JBL’s Original Pro Sound through a long-excursion driver, tweeter and dual bass radiator, encased in a new take on the iconic bottle shape of the Charge series.

The Charge 5 also replaces the Connect+ multi-speaker connectivity found in its older brother, the Charge 4, with what it calls PartyBoost. It allows you to connect two PartyBoost-compatible JBL speakers to form a stereo pair, or link multiple compatible speakers for surround sound.

The Charge 5 also features an upgrade to Bluetooth 5.1 from the 4.2 of its predecessor and, retains features like an IP67 dust and water resistance rating, the rated 20 hours of playtime through its 7500mAh battery and USB Type-C connectivity. Colour choice is also plentiful here, ranging from standard black, white and grey to red, blue, pink and teal. 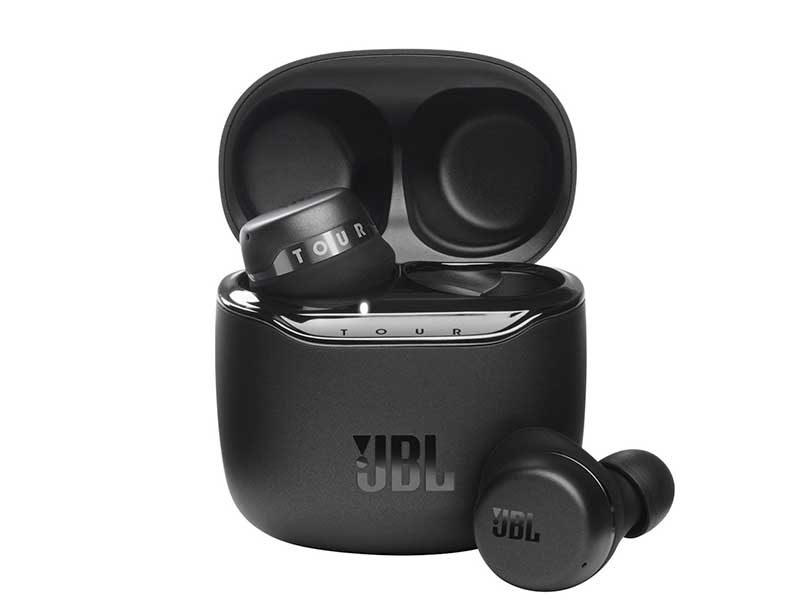 The Tour Pro+ features many similarities with JBL’s recently released Club Pro+ TWS, including the adaptive noise-cancelling with ambient mode, 6.8mm dynamic drivers, IPX4 sweatproof rating and Dual Connect with Sync and Fast Pair, which allows for seamless pairing your device right as you flip the case open.

The Tour Pro+ separates itself from the Club Pro+ through some additional productivity features, controlled via the My JBL Headphones app. SilentNow enables noise-cancellation without audio to create a quieter working environment, while My Alarm sets a timer to stop playback and switch to SilentNow mode, as well as a wake-up alarm. The Tour Pro+ also supports hands-free access to virtual assistants through voice control.

The battery of the Tour Pro+ is also similarly capable to the Club Pro+, lasting up to 8 hours of playback with Bluetooth only and 6 hours with noise-cancelling enabled, while the case can boost it to over 30 hours of playback time.  JBL also claims a 2-hour charge time from empty to full, while 10 minutes gives you an hour of playback.

The Charge 5 and Tour Pro+ are slated for release on the JBL Online Store between November to December later this year and will retail for S$279 and S$299 respectively.

And when they are officially available, should also be able to find them on the JBL Flagship Store on Lazada and the JBL Official Store on Shopee.

Join HWZ's Telegram channel here and catch all the latest tech news!
Our articles may contain affiliate links. If you buy through these links, we may earn a small commission.
Previous Story
Sora of Kingdom Hearts is Super Smash Bros. Ultimate's last fighter
Next Story
Hearing aid maker GN Store Nord to buy SteelSeries for US$1.25 billion