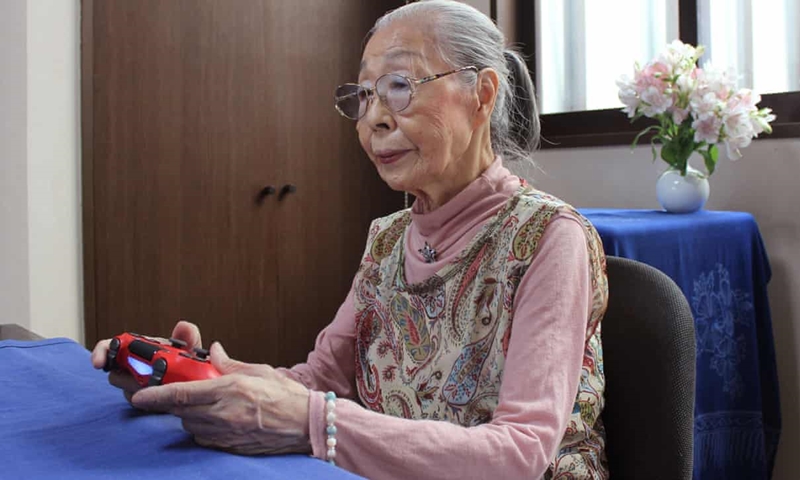 At first glance, 90-year old Hamako Mori looks just like your average Japanese grandma. With a thin, wiry figure, gold-rimmed reading glasses, and her hair pulled back into a ponytail, you wouldn't expect this old lady to be the world's oldest gaming YouTuber, according to the Guinness Book of Records.

But she is, and while other pensioners flex their fingers daily to knit or sew, Mori-san instead does it to get warmed up for her video gaming and streaming sessions. Although she only posts videos about 3-4 times a month, which are usually filmed by her grandson Keisuke Nagao, she has garnered over 300,000 subscribers on YouTube to date under the moniker Gamer Grandma. However, gentle appearances and high viewer counts aren't the only things she's got going. This kindly grandma actually has the gamer skills to pay the bills - she's probably better at Call of Duty than I'll ever be.

Anyway, according to a video interview done by Agence France-Presse (much appreciated!), Mori-san says she first got into video gaming back in 1981 with a Cassette Vision console, after watching her children's fancy with them. Since then, she's played over 200 titles on various game systems, from Super Mario to Final Fantasy and even the aforementioned Call of Duty, although she mentions that Elder Scrolls V: Skyrim and Grand Theft Auto V rank among her favourites. 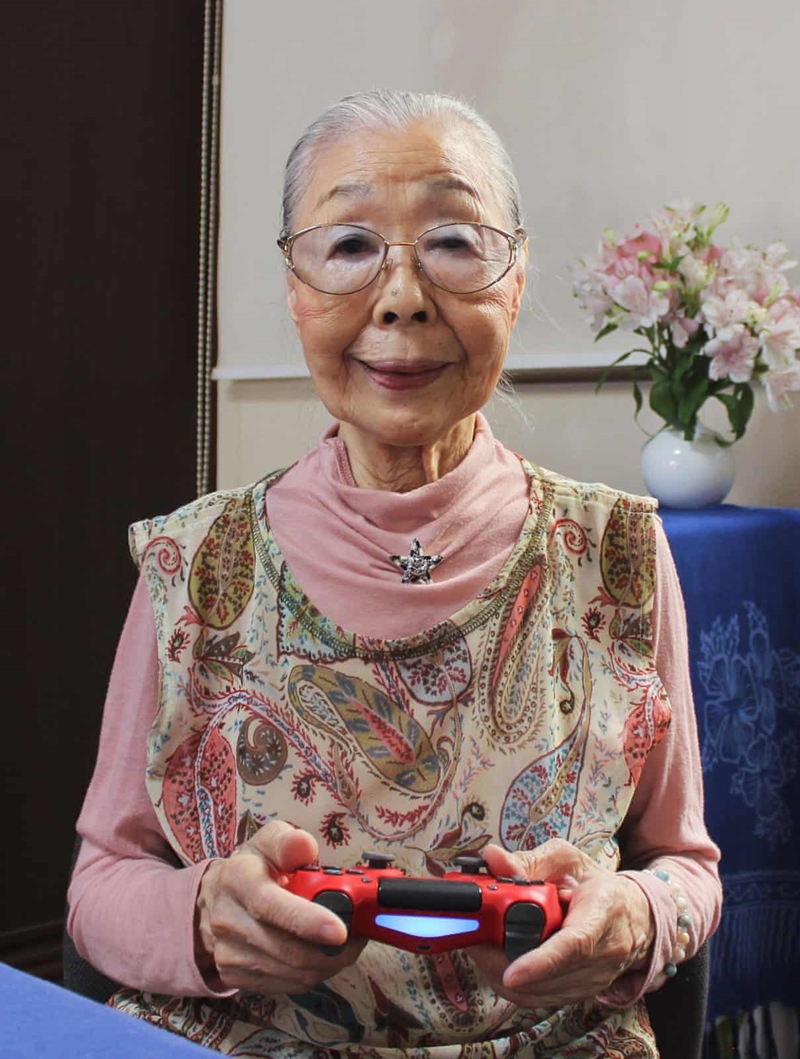 Yes, this grandma plays Grand Theft Auto - quite impressive for someone we'd usually expect to be knitting sweaters in an old rocking chair.

Naturally, like most of us, this wizened gaming veteran with over four decades of experience is eagerly expecting the release of the PlayStation 5, but as the years catch up, Mori-san admits that she occasionally has trouble performing the more agile hand motions. However, it's what she says afterward that really earns her a gamer salute from us.

"I won't give up just because it's difficult...it's better than doing nothing!"

Well, you heard the lady - that Dark Souls boss isn't going to kill itself.

Regardless, while she's a passionate gamer through and through, Mori-san doesn't advocate it as the go-to activity for everyone, although she does recommend it for older people to help keep their minds active. As she puts it, "It doesn’t have to be video games necessarily. But it’s good to do something."

Join HWZ's Telegram channel here and catch all the latest tech news!
Our articles may contain affiliate links. If you buy through these links, we may earn a small commission.
Previous Story
Apple expected to announce decision to use its ARM chips for Mac at WWDC 2020
Next Story
Mobile Legends: Bang Bang's project NEXT aims to overhaul the game