Are you more of a cat or a dog person?

If you’re the former, then you’ll probably really enjoy this nice little anime film that’s purring into Netflix’s roster on June 18. But even if you prefer canines to felines, it’s definitely worth sticking around for it anyway.

Directed by Junichi Satoh (“Sailor Moon”) and Tomotaka Shibayama, and produced by Twin Engine in tandem with Studio Colorido, A Whisker Away is an enchanting tale about a high school teen romance with a slightly meow-gical twist. The film stars actress Mirai Shida from Ghibli’s “The Secret World of Arriety” and “The Wind Rises” as Miyo “Muge” Sasaki, a cheerful and energetic high school girl with a crush on her classmate Kento Hinode, who is voiced by Natsuki Hanae, the actor behind Tanjiro Kamado from “Demon Slayer: Kimetsu no Yaiba” and Ken Kaneki in “Tokyo Ghoul”. 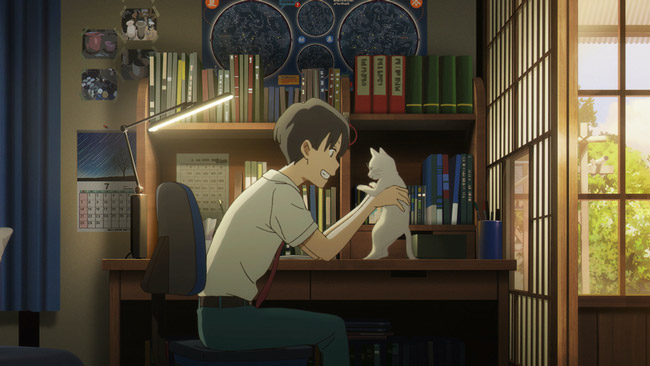 So, as the story goes, despite Muge’s best efforts to get his attention, Hinode seems to pay her no mind, until she discovers that the one way to her crush’s heart is by turning into a cat named Taro. However, as the tale progresses, the lines between her “dual life” as Muge and Taro start to blur and become somewhat ambiguous, resulting in Muge being stuck in her feline form.

It’s a sweet, refreshing twist on an otherwise overused canvas, but in all cheesiness, these are the kinds of moments worth experiencing, aren’t they? 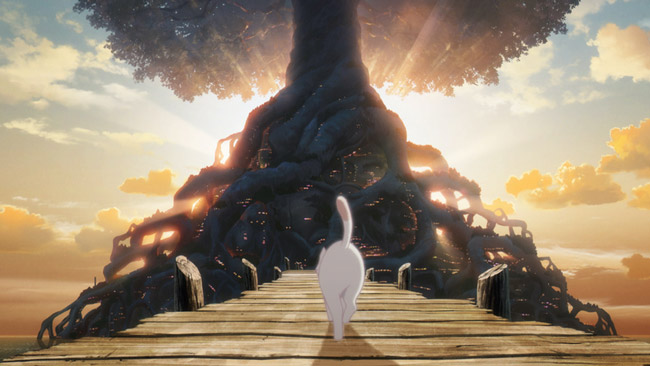 Anyway, it’s not just a two-man movie. There are a bunch of familiar names in the supporting and development cast, such as actor Koichi Yamadera, who you might recognise as the voice of Beerus from Dragon Ball Super, as well as story writer Mari Okada of Anohana fame, among others. Indeed, the star-studded cast already gives us enough reason to check it out when it releases in just under three weeks. That, or you just need your daily dose of highschool romance - whatever explanation floats your boat!

Join HWZ's Telegram channel here and catch all the latest tech news!
Our articles may contain affiliate links. If you buy through these links, we may earn a small commission.
Previous Story
The Command & Conquer Remastered Collection rolls into Origin and Steam
Next Story
Lenovo's ThinkBook Plus has a 10.8-inch E Ink display on its lid (Updated)