James Bond: No Time to Die delayed until November because of coronavirus

James Bond: No Time to Die delayed until November because of coronavirus 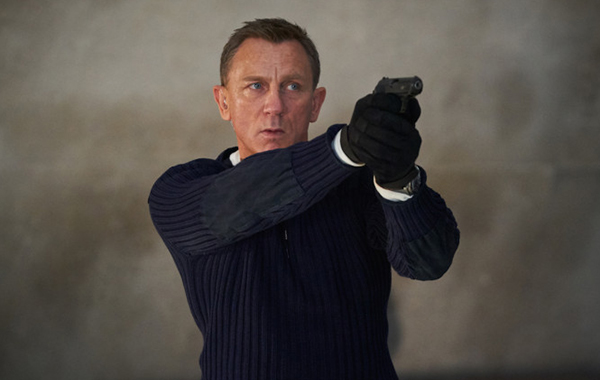 James Bond fans will have to wait a little longer to see No Time to Die.

In a tweet, MGM, Universal and Bond producers, Michael G. Wilson and Barbara Broccoli, announced that No Time to Die will be postponed until November later this year.

Prior to this announcement, No Time to Die was to have its world premiere on 31 March in London, followed by a Singapore release on 9 April.

MGM, Universal and Bond producers, Michael G. Wilson and Barbara Broccoli, announced today that after careful consideration and thorough evaluation of the global theatrical marketplace, the release of NO TIME TO DIE will be postponed until November 2020. pic.twitter.com/a9h1RP5OKd

This move is hardly surprising. Earlier this week, a James Bond fansite wrote an open letter asking producers to consider a delayed release to protect the health of fans.

Delay the release of 'No Time To Die' until the summer when experts expect the epidemics to have peaked and to be under control. It’s just a movie. The health and well-being of fans around the world, and their families, is more important. We have all waited over 4 years for this film. Another few months will not damage the quality of the film and only help the box-office for Daniel Craig’s final hurrah.

Health concerns aside, with numerous cinemas in China and Italy already shut down and governments across the world calling for a halt to large public gatherings, delaying the release also makes financial sense.

The last Bond film, Spectre, grossed almost US$900 million worldwide and was the 6th highest-grossing film of 2015.

No Time to Die isn't the first event to be affected by the coronavirus. It has already caused multiple events to be cancelled, postponed, to be turned into digital-only events.

Join HWZ's Telegram channel here and catch all the latest tech news!
Our articles may contain affiliate links. If you buy through these links, we may earn a small commission.
Previous Story
Huawei unveils the P40 Lite and P40 Lite E in Europe, and they look very familiar
Next Story
Geenet is the next MVNO telco partner with M1