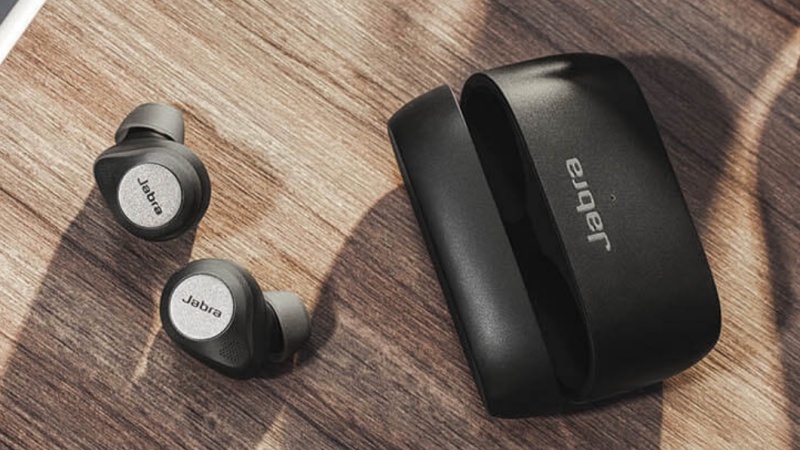 The Elite 85t has a semi-open design with ear gels adapted to an oval shape to provide a better sealing in the ear. This also means the tower of the Elite 85t will not sit as deeply within the ear as previous earbuds, which gives users a more comfortable fit while maintaining a very secure fit.

Users can adjust their preferred level of noise cancellation via a slider in the companion smartphone app. In addition, the slider allows users to adjust from full ANC to full HearThrough or anything in between. HearThrough lets users hear their surroundings.

With ANC on, the Elite 85t can deliver up to 5.5 hours of listening. The carrying case provides additional battery life of up to 25 hours with ANC on and 31 hours with ANC off. The Elite 85t and its charging case support wireless charging and work with all Qi-certified chargers. Alternatively, you can charge via USB-C.

The Elite 75t and Elite Active 75t will also have ANC, thanks to a free over-the-air (OTA) update in October. This is made possible by Jabra's engineering on Qualcomm's chipset, which allows ANC to be enabled on existing true wireless earbuds.

The Jabra Elite 85t will go on sale in October at online channels and in stores the following month at a retail price of US$229. The Titanium/Black earbuds will be available in November while the Gold/Beige, Copper/Black, Black and Grey will arrive in January 2021.

Our articles may contain affiliate links. If you buy through these links, we may earn a small commission.
Previous Story
Qualcomm announces Snapdragon 750G with support for mmWave and sub-6GHz bands
Next Story
Philips’ latest 3000i and 2000 series air purifiers promise to give you a room full of clean air in just minutes