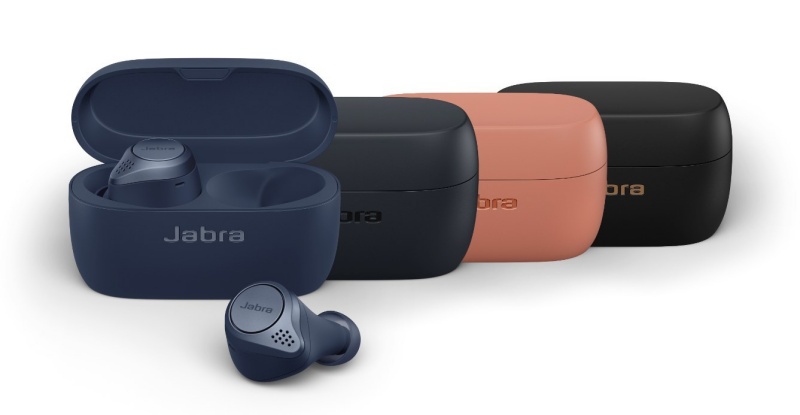 It's not often when you buy a product that it receives a big feature update. Thanks to Jabra's engineering on the advanced Qualcomm chipset used in both the Elite 75t and the Elite Active 75t, the company is one of the earlier audio brands to push out an active noise cancelling (ANC) upgrade over-the-air. We first reported this update was coming a month back and the update is now available.

Given that the Elite 75t series is a stellar performer for most active lifestyle needs, everyday usage and in the corporate world, the inclusion of ANC makes them an even more solid pair of earbuds. To find out why they are great, here's our in-depth video review of the Elite Active 75t model (before the ANC update was pushed out):-

The 'non-Active' Elite 75t is just as good, minus the ability to be immersed in water at a depth of 1 meter for up to 30 minutes. The 'standard' Elite 75 it rated for IP55 which means it is is water-resistant and is good enough for running in the rain, breaking out a sweat in a gym session and tackling other elements of nature as they come along. The Elite Active 75t goes the extra mile of tackling being immersed in water because it is IP57 rated and so it's more durable. Additionally, as covered (and tested) in the video review, the Elite Active 75t has a grippy coating that ensures it will almost never accidentally drop out of your ear.

All new units sold in the market will come with the ANC feature out of the box, but for those who already own an existing pair of Elite 75t series earbuds, here's how you can update them:-

While we haven't yet personally tested the ANC update, one aspect that will always take a hit when enabling ANC is battery life. To that extent, Jabra updated that with ANC enabled, both the Elite 75t models will last about 5.5 hours on a single charge as opposed to 7.5 hours without ANC activated. With the charging case juicing up the earbuds, the total rated battery life is 24 hours with ANC, and 28 hours without.

As highlighted earlier, the ANC upgrade is free and it won't affect the pricing of the Elite 75t series. You can now purchase them from authorized retail partners like Challenger, Stereo Electronics, ConnectIT, LazMall store, and on Shopee for the following suggested retail pricing.

For more even information of the earbuds, head over to Jabra.

Join HWZ's Telegram channel here and catch all the latest tech news!
Our articles may contain affiliate links. If you buy through these links, we may earn a small commission.
Previous Story
Sign up for the Huawei Mate 40 Series global launch live stream here
Next Story
New filings show iPhone 12 Pro Max to have smaller 3,687mAh battery