Jabra’s new headset has a dedicated button for Microsoft Teams 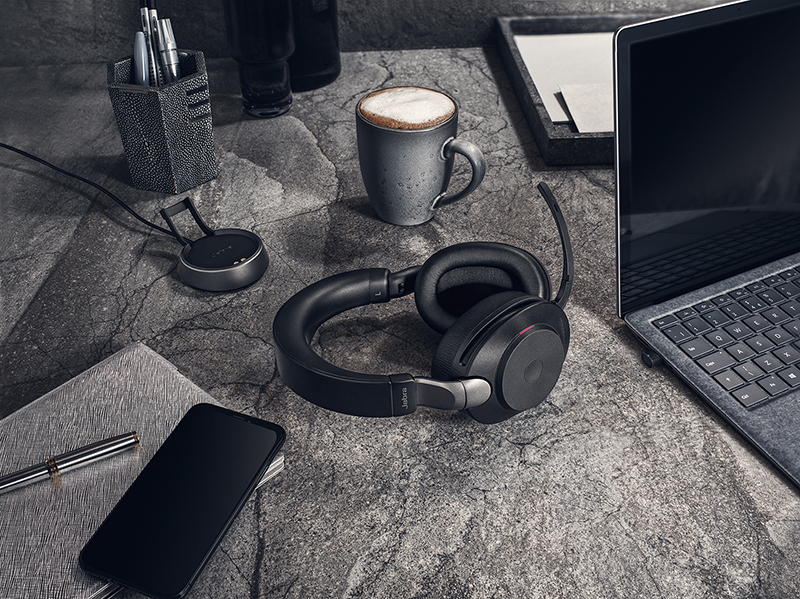 Jabra has introduced its range of new Evolve2 communication headsets in Singapore, aimed at improving individual concentration and team collaboration in business environments.

To show off its collaboration chops, the flagship model Evolve2 85 includes a dedicated button just for Microsoft Teams. Hitting the button lets you execute a variety of Teams-specific actions, including answering calls directly, opening the missed calls screen after you miss a call, or launch yourself directly into an upcoming meeting.

The Evolve2 85 packs in a whopping ten microphones – two in the integrated boom arm, and eight in the ear cups. A digital hybrid active noise cancelling (ANC) feature claims to suppress noise at a broader range of frequencies, which should help tune out even the most incessant of office background noises. Hopefully, all of this means an end to lengthy “Can you hear me?” preludes before meetings proper.

Busy professionals who are always jumping from one call to another will also appreciate the glowing red “busylight”, which sends a signal to your colleagues (or, for those working from home, your kids!) that you’re in the middle of a meeting. The busy light can also be turned on manually for an on-demand peace of mind whenever you need it. 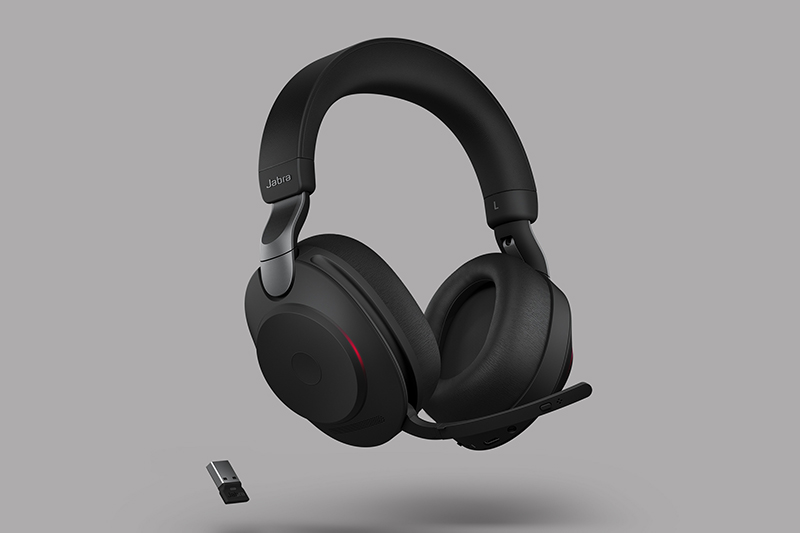 The Evolve 2 85 comes with both USB-A and USB-C dongles and Bluetooth connectivity, and even a 3.5mm headphone jack, so it should work on any device you have. It has a manufacturer rated battery life of up to 37 hours.

The Evolve2 range also includes two lower-tiered models: the Evolve2 65 and Evolve2 40. These two models are essentially identical except for one crucial difference: the 65 is wireless, and the 40 is wired-only.

Both models do not come with the digital hybrid ANC found in their more premium sister and features only three microphones each. They’re also wrapped in silicon that goes on-ear, instead of the 85’s plush leatherette that goes over your ears.

Sound quality, however, should be very similar as they feature the same frequency range of 20 to 20,000 Hz. And although they have no ANC, Jabra claims that the seal provided by the ear cushion is good enough to physically block out surrounding noise.

Here’s a full comparison table of all three models: 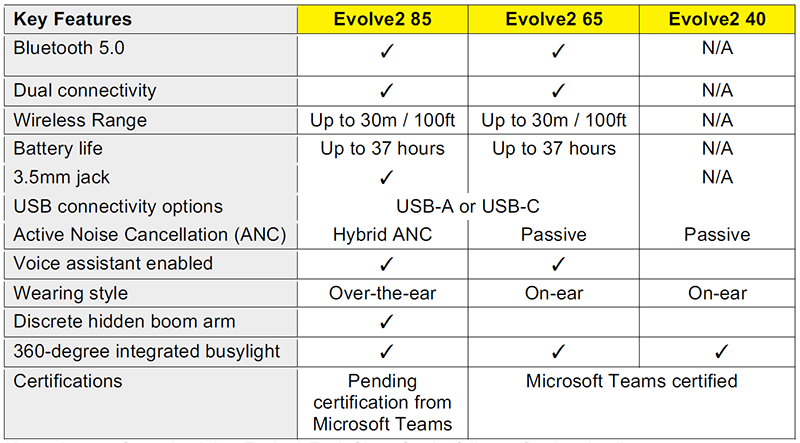 Overall, the 65 and 40 offer a lot less features compared to the 85. On the upside, they also ask for a lot less money.

The Evolve2 85 demands an eye-watering S$707, which means you’ll probably want your IT department to take on the expense instead of buying it yourself.

Note the stereo and mono types refer to the dual and single earcup models to better suit various job requirements. Last but not least, the full range of Evolve2 models support interfacing with various leading voice assistants such as Apple Siri, Google Assistant and Microsoft Cortana.

The entire range will be available in Singapore from June 2020.

Join HWZ's Telegram channel here and catch all the latest tech news!
Our articles may contain affiliate links. If you buy through these links, we may earn a small commission.
Previous Story
LG rumoured to be working on a dual-screen phone with a swivelling display
Next Story
You can now go on a virtual Sentosa island getaway in Animal Crossing