It's official: Samsung will announce the Galaxy Note 7 on 2nd August

It's official: Samsung will announce the Galaxy Note 7 on 2nd August

Note: This article was first published on 13th July 2016. 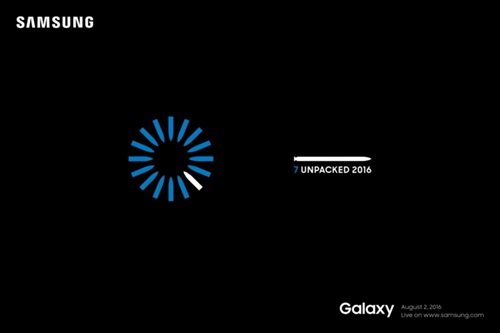 Samsung is clearly drumming up interest for its upcoming device launch by confirming the event date and official marketing name.

The Korean company  teases that the Galaxy Note 7 will have a "large screen" with "added functionality" for the S Pen. Samsung also explains the rationale for skipping the Galaxy Note 6 naming.:

First and foremost though, you might be curious as to why it’s called Galaxy Note7 instead of Galaxy Note6. There are a couple reasons why. First, the Galaxy Note7 will complement our Galaxy S7 and S7 edge, and unify our product portfolio. Second, the Galaxy Note7 will minimize confusion about the latest mobile technology from Samsung, and provide full alignment with Galaxy S smartphone.

The Galaxy Note 7 has already been listed on IDA's Equipment Search List, which suggests that the device could hit retail shelves in Singapore almost immediately after launch!

Join HWZ's Telegram channel here and catch all the latest tech news!
Our articles may contain affiliate links. If you buy through these links, we may earn a small commission.
Previous Story
Purported iPhone 7 dummy unit is compared with the iPhone 6s in new video
Next Story
New digital telco Circles.Life launches its Unlimited Bonus Data reward program