It's official - the Nikon D5 is in development.

It's official - the Nikon D5 is in development. 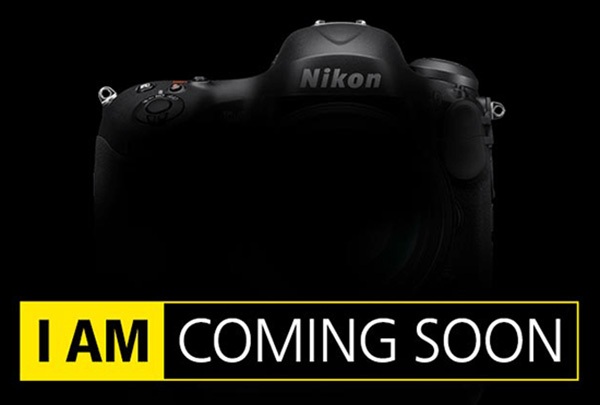 Nikon has just launched an official announcement to confirm the development of the following products: The Nikon D5 DSLR, the wireless transmitter WT-6, and the Speedlight SB-5000.

While this announcement certainly won’t be news to most fans (in fact many would consider it long overdue), it does mean that we should be seeing these three products very soon. Possibly 2016?

Here’s the full text of the announcement:

“Nikon Corporation is pleased to announce that it is developing the Nikon D5 DSLR camera, which represents the next generation of professional Nikon FX-format models.
The new Wireless Transmitter WT-6, and Speedlight SB-5000, which will be positioned at the top of Nikon's Speedlight range, are also being developed.
Through the combination of this next-generation professional camera offering an even higher level of performance, advanced accessories, and the rich lineup of existing NIKKOR lenses, Nikon is pursuing further possibilities for imaging expression.
Details including release date and suggested retail price for these products have not yet been determined.
Specifications and equipment are subject to change without any notice or obligation on the part of the manufacture.”

The Nikon D5 is rumored to have a native high ISO of 102,400 and may possibly have the ability to produce 4K video. Nikon Rumors reports that shortly after Fujitsu transferred its System LSI business to Socionext Inc., the company announced a new MN2WS03101A chip with 4k video capabilities. Because Nikon’s Expeed image processor has for the past few years been based off the Fujitsu Milbeaut ISP, it’s very possible that this new chip from Socionext may in fact be the chip that goes into the new D5, so 4K video could be a possibility.

Here are some of the other rumored specs for the new camera:

Join HWZ's Telegram channel here and catch all the latest tech news!
Our articles may contain affiliate links. If you buy through these links, we may earn a small commission.
Previous Story
Samsung Pay wants to beat Apple Pay to China
Next Story
Watch the new Star Wars: The Force Awakens trailer now! (Updated with new trailers)