Note: This article was first published on 18th February 2016 and was republished on 1st April and 11th June to include pricing details.

We first brought you leaked images of Canon’s latest compacts in this post here, and it appears Digicameinfo’s source was good. The cameras have just been launched, and the images provided are an exact match.

Here are the official details from Canon: 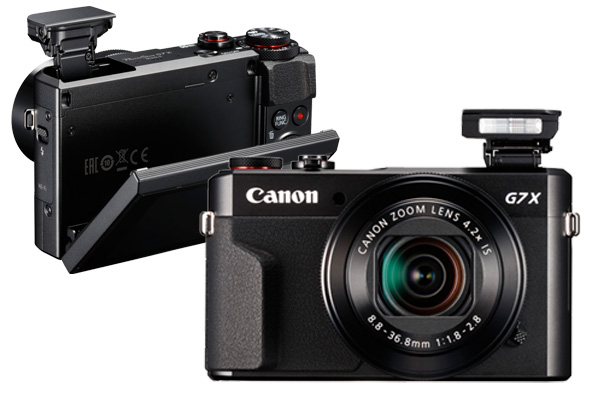 The new processor is said to deliver DLSR-quality images with greatly reduced noise even at higher ISO settings. It also brings enhanced subject detection and tracking performance, with the tracking algorithms improved to account for animals and fast moving objects too. The control ring now works in steps or continuously, allowing you to best match the operation mode to the function you’re adjusting. That explains the lever we noticed in our previous post, as it toggles the control ring from continuous to stepped operation.

As with the PowerShot G7 X, the rear LCD features both tilt and touch, but it seems this version will now allow for more versatility as it goes up to 180 degrees and 45 degrees or lower for shots from overhead. That’s a welcome update, as it was a bit of a bug bear from the original version.

The PowerShot G7 X Mark II now allows you to take time-lapse movies easily with three different presets: 1 to 4 seconds, 5 to 10 seconds, and 11-30 seconds in Scenes 1, 2, and 3 respectively. You will also get to enable exposure tracking, which recalculates exposure before every shot, giving you a smoother transition for those day-to-night scenes.

When doing panning, the PowerShot G7 X Mark II analyses the subject’s speed of movement and the camera’s panning speed, and automatically configures the camera to reduce the blurring of the subject by altering shutter speed or the image stabilization settings, resulting in a motion-blurred background while your subject remains sharp.

All in, it looks like an enhanced version of the original that we reviewed and loved, so it's definitely a premium compact camera we can't wait for it to arrive on our shores.

Scroll below for price and availability details! 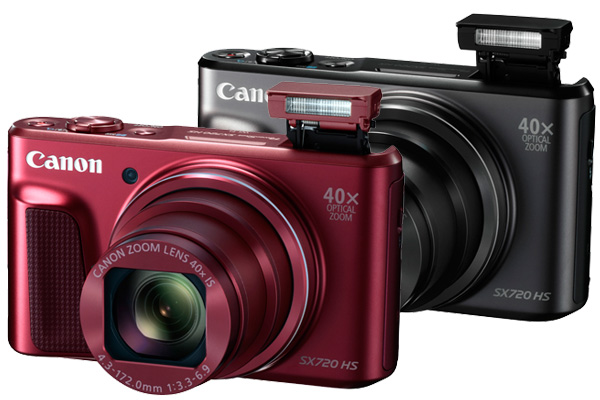 The latest high zoom SX series camera, the SX720 HS has 40x (24-960mm) zoom lens which is paired with an optical image stabilization (IS) feature to reduce camera shake when using the longer focal ranges. The camera again comes with Zoom Framing Assist, and the Auto Zoom function is much improved, being able to analyze the scene to automatically determine the best size and framing for the shot.

The camera again comes with the Short Clip Movie feature, allowing you to capture a series of four to six second movies that you can play back at different speeds – normal, fast, action replay, or slow motion. It seems the Story Highlights feature has also been improved, and can now automatically add color effects and background music to suit the narrative of your movie.

Official specifications for both cameras are as follows.

Pricing and availability for both cameras have yet to be released.

Our enterprising forum members have found the PowerShot G7X Mark II going for much lower than the official retail pricing across several retail stores and we would advise you to check the discussion thread and join in for further viewpoints on this hot camera model!

Join HWZ's Telegram channel here and catch all the latest tech news!
Our articles may contain affiliate links. If you buy through these links, we may earn a small commission.
Previous Story
Solar-powered boat to make historical journey across the Atlantic
Next Story
NVIDIA GeForce GTX 1080 custom cards have landed, and they're cheaper than expected (Updated)