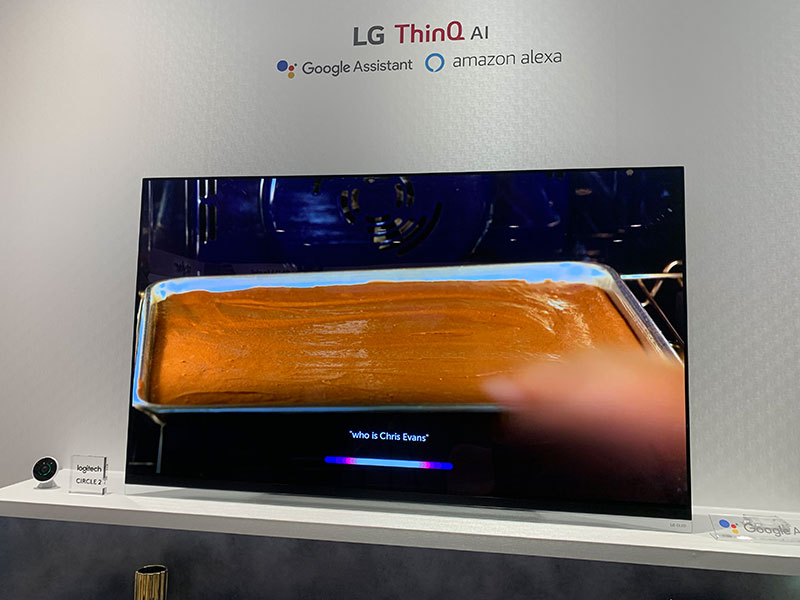 According to LG, this is a gradual rollout. Over the coming weeks, the company aims to push the update to compatible TVs sold in more than 140 countries.

There’s no confirmation if AirPlay 2 and HomeKit would come to LG’s 2018 TVs.

Nearly seven months after announcement, it looks like LG is about to roll out Apple AirPlay 2 and HomeKit support to its 2019 OLED and NanoCell TVs.

According to a tweet from LG Australia (via TechCrunch), both will arrive next week via a firmware update. The timing doesn’t look like a coincidence—it seems like LG is waiting on iOS 12.4, which just dropped earlier this week. If that’s the case, then similar updates from the other TV makers such as Sony shouldn’t be far off. 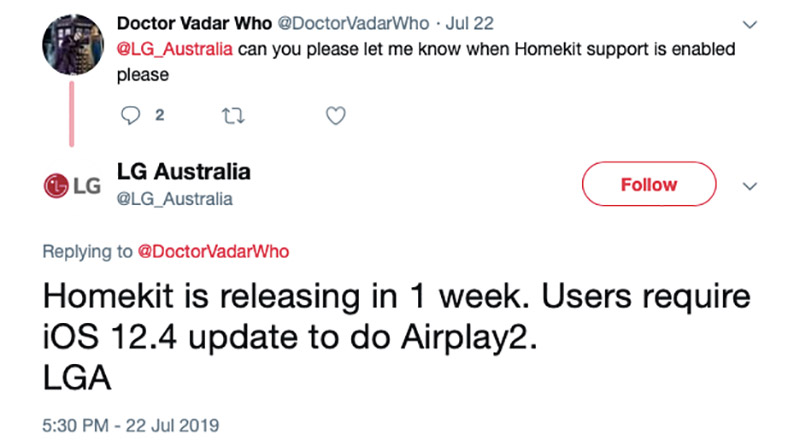 For those hearing AirPlay for the first time, this is Apple’s proprietary Wi-Fi streaming protocol for audio and video. If a device such as an AV receiver, a speaker, or a TV supports AirPlay 2, you can easily share videos, photos, music, and more from your Apple devices to it directly without jumping through hoops.

On the other hand, HomeKit will let you control the TV using the Apple Home app (e.g., turn on/off the TV, switch inputs) or by asking Siri.

Finally, there’s no news (or rumors) when more TVs would get Apple’s new TV app. For now, this remains a Samsung TV-exclusive.