The iPhone XR has a 6.1-inch screen, an AI-assisted single-lens rear camera, and comes in 6 colors

The iPhone XR has a 6.1-inch screen, an AI-assisted single-lens rear camera, and comes in 6 colors 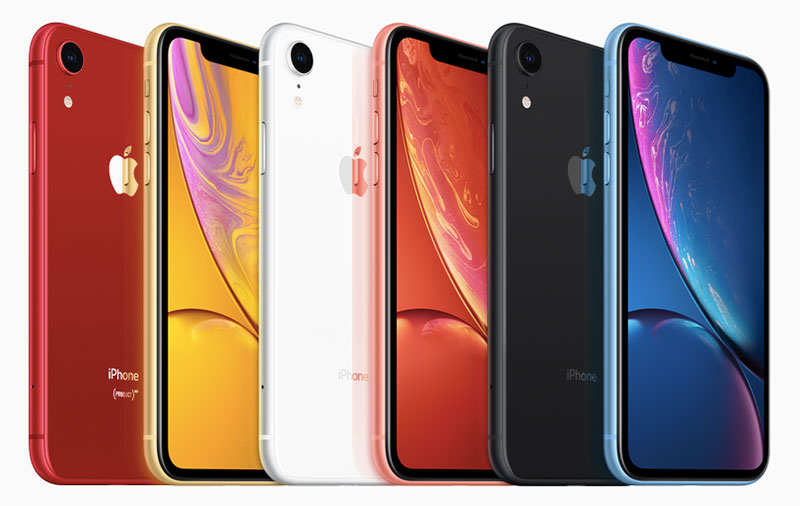 Oh, and here are a few hands-on videos from YouTubers that dropped earlier today:

Other than the iPhone XS and XS Max, Apple has also announced the iPhone XR, which is an equally big-screen phone packing a powerful mobile processor, a single-lens rear camera, up to 256GB internal storage, and which is offered in six beautiful finishes.

The front of the iPhone XR looks the same as the 2017 iPhone X in that it too has an edge-to-edge display and a notch at the top that holds the True Depth camera system for Face ID. But instead of OLED, this is an 6.1-inch LCD screen, with an 1,792 x 828-pixel resolution (326 ppi).

Contrast ratio is the most obvious spec that takes a hit because of this display tech difference: XR has a 1,400:1 contrast ratio, versus 1,000,000:1 for the XS OLED phones. 3D Touch is another feature not present on the XR, though Apple says the phone is still able to provide haptic feedback. Otherwise, both screens have rather similar performance, including DCI-P3 wide color support, up to 625 cd/m² brightness, 120Hz touch-sensing, and True Tone. Because of all this advanced display tech and the fact that Apple had to engineer the LCD panel to curve at the edges to get that all-screen look, the company is giving this display a name: Liquid Retina.

The iPhone XR has a single-lens, wide-angle rear camera that uses the same 12MP, F1.8 module as the XS phones. Despite this, it has a Portrait mode that offers depth of field control (both before and after the shot is taken) and a new Smart HDR mode like the top-tier iPhones. It can’t do optical zoom though, instead offering up to 5x digital zoom. The XR has the same front-facing camera (7MP, F2.2) as the XS. 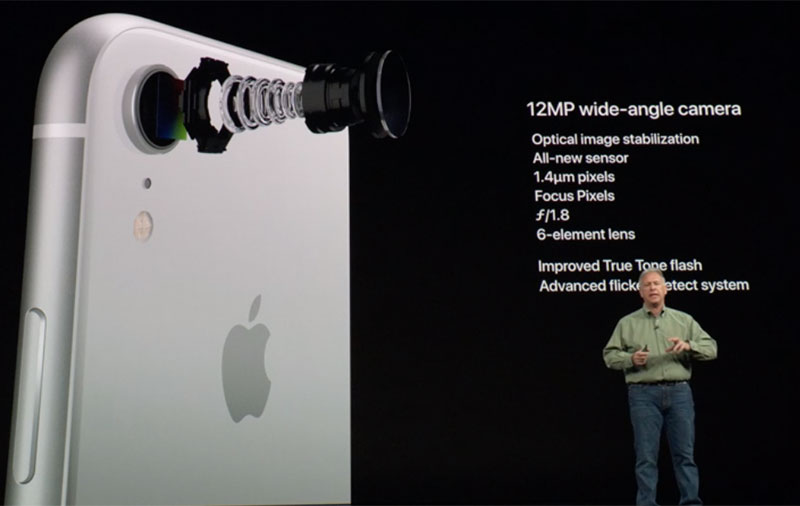 Under the hood, the iPhone XR uses the same A12 Bionic chip with the same neural engine as the XS models. The XR is also an IP67-rated phone. Simply put, versus the IP68-rated XS, the XR is equally protected against dust, but the XS is protected against longer periods of immersion under pressure.

Instead of stainless steel, the iPhone XR uses the 7000 series aerospace-grade aluminum for its sides and camera trim. The back cover uses glass, which means the phone supports wireless charging. The XR also comes in six finishes: white, black, blue, yellow, coral and (PRODUCT)RED. The phone supports LTE Advanced for fast cellular download speeds as well as dual-SIM (nano-SIM + eSIM). Battery life is also said to be 1.5 hours longer than the iPhone 8 Plus.