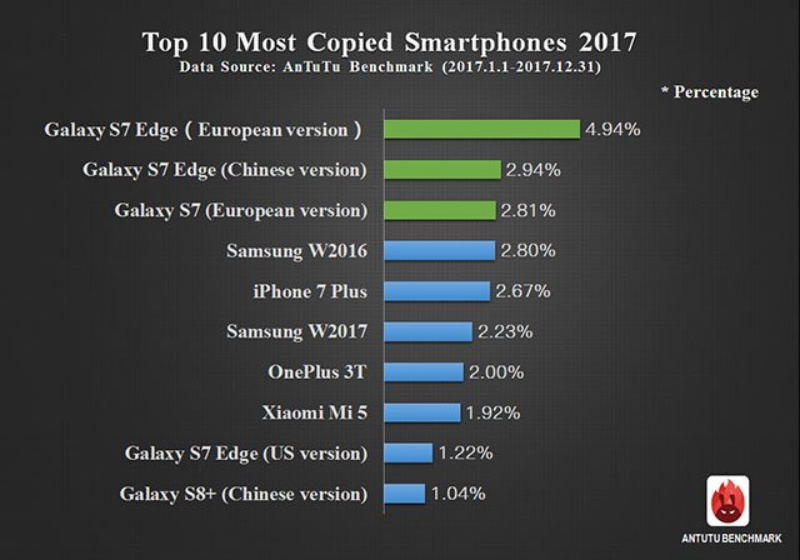 AnTuTu not only benchmarks smartphones regularly, it also collects data on the popularity of smartphone clones. Its latest report reveals that Samsung was the most cloned smartphone brand in 2017.

From the database of over 17 million smartphones which it inspected last year, AnTuTu claims that 2.64% consisted of smartphone clones. Of the smartphone clones, Samsung was the most cloned brand at 36.23%. Apple ranked second at 7.72% followed by Xiaomi at 4.75%.

The data also shows that the Galaxy S7 edge is the most cloned phone model. The European variant is the most popular at 4.94%, followed by the Chinese variant (2.94%). The iPhone 7 Plus is in fifth position (2.67%).

Join HWZ's Telegram channel here and catch all the latest tech news!
Our articles may contain affiliate links. If you buy through these links, we may earn a small commission.
Previous Story
Intel confirms its Spectre/Meltdown patch is causing computers to reboot spontaneously
Next Story
Samsung reveals more info about its ISOCELL image sensor, could appear in the S9