iPhone 8 to have a "function area" at the bottom of the screen?

iPhone 8 to have a "function area" at the bottom of the screen? 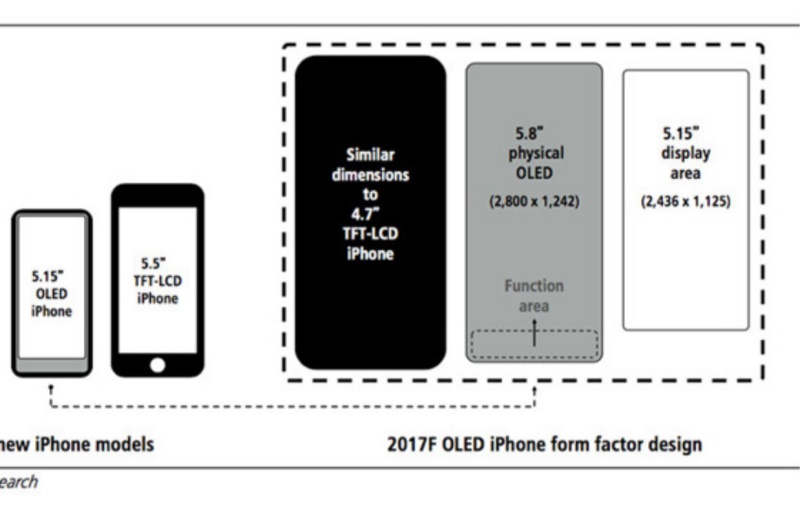 Apple may be bringing the Touch Bar on the MacBook Pro to the iPhone 8 this year.

According to KGI Securities analyst Ming-Chi Kuo, the iPhone 8 may sport a "function area" at the bottom of the display. Thanks to the rumored bezel-less free design and screen size bump to 5.8-inches,  there will still be usable display real estate of around 5.15-inches.

Since the "function area" is located in the same area as the current Touch ID button, Kuo believes the latter will be replaced with other biometric technologies.  Many publications have previously reported on how the physical home button will be a thing of the past for future iPhones. In a research note released last March, Kuo stated that Apple was exploring facial and eye recognition technologies. DigiTimes also stated that Apple could be bringing iris scanners to the iPhone soon.

While Kuo did not elaborate on the "function area", it is believed to have virtual buttons and quick action icons similar to the Touch Bar on the MacBook Pro. This feature may not be available for the other two iPhone models with LCD displays.

The use of a 5.8-inch OLED display, "all-glass enclosure" and stainless steel frame could be the reasons why the top-end iPhone 8 model is expected to cost at least US$1,000.

Our articles may contain affiliate links. If you buy through these links, we may earn a small commission.
Previous Story
Here’s how you can pre-order the Nintendo Switch *updated*
Next Story
Sony to be the third battery supplier for the Galaxy S8?