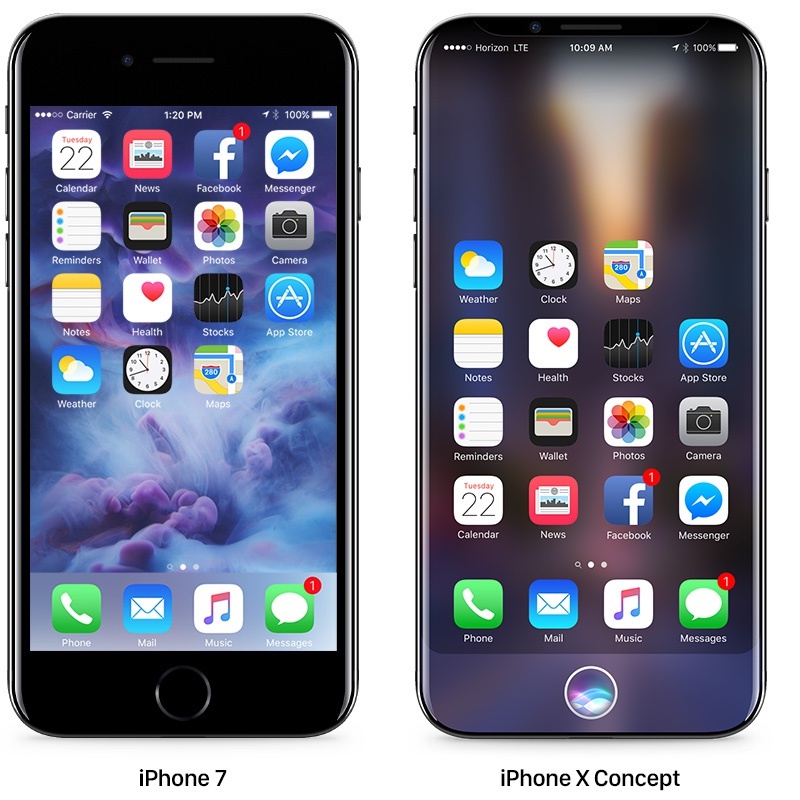 Most rumors suggest that the flagship iPhone model this year (also known as the iPhone Edition) will come with a 5.8-inch curved OLED display. This has led to speculation whether the display of the iPhone Edition will be as curved as that of the Galaxy S7 edge.

Nikkei Asian Review learnt from its source that the curves of the display on the iPhone Edition will be gentler than that of the Galaxy S7 edge. In addition, the slightly curved OLED display is unlikely to offer any new features or functions unlike the Edge Screen features found on the Galaxy S7 edge.

The technical challenges of making curved glass covers to match the screens reportedly forced Apple to use gentler curves on the iPhone Edition. The source also reiterated that the display will have a viewable real screen estate of about 5.2-inches, which corroborates an earlier report by KGI Securities analyst Ming-Chi Kuo on a "function area" at the bottom of the display.

Join HWZ's Telegram channel here and catch all the latest tech news!
Our articles may contain affiliate links. If you buy through these links, we may earn a small commission.
Previous Story
Galaxy S8 users may use their faces to make secure mobile payments
Next Story
What happens when Spotify and Waze team up? You get music and navigation integration heaven.