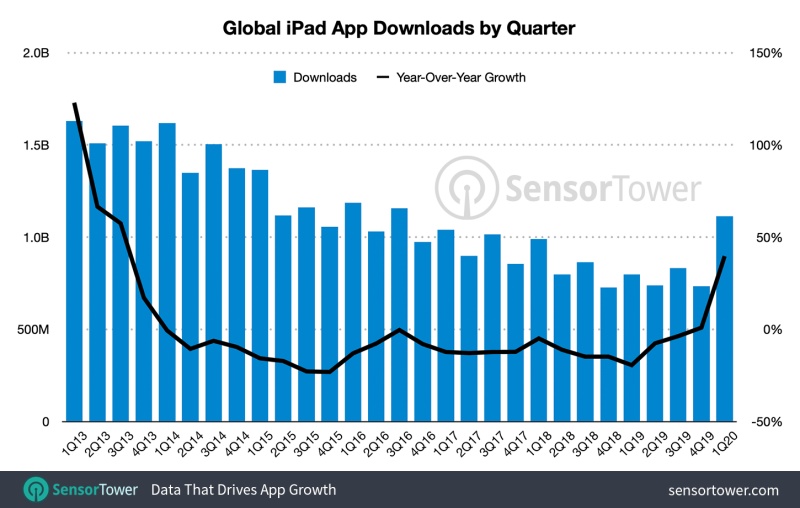 While the Covid-19 pandemic is likely to affect the global smartphone market significantly, it has led to record iPad app downloads and spending according to Sensor Tower.

According to data from Sensor Tower, the total number of new app installs on the iPad hit 1.16 billion in Q1 2020. To put this number into perspective, it is the largest since Q3 2016 and marks a 40% year-over-year growth. Moreover, new iPad app installs surged 52% from Q4 2019.

Most of the new app installs came from Games and Entertainment, followed by Education apps. Q1 2020 is the first and best quarter ever for Education apps with over 100 million installs.

The insights are in line with Apple's estimate on iPad sales improving in Q3 due to a shift in consumer behaviour and spending patterns. This could also be one of the reasons why Apple's services business, which the App Store is part of, generated an all-time high revenue of $13.35 billion.

Join HWZ's Telegram channel here and catch all the latest tech news!
Our articles may contain affiliate links. If you buy through these links, we may earn a small commission.
Previous Story
OnePlus 8 Pro and OnePlus 8 SG pre-orders available from 24 April 2020 (updated)
Next Story
Fitbit rumoured to be working on a 4G smartwatch for kids