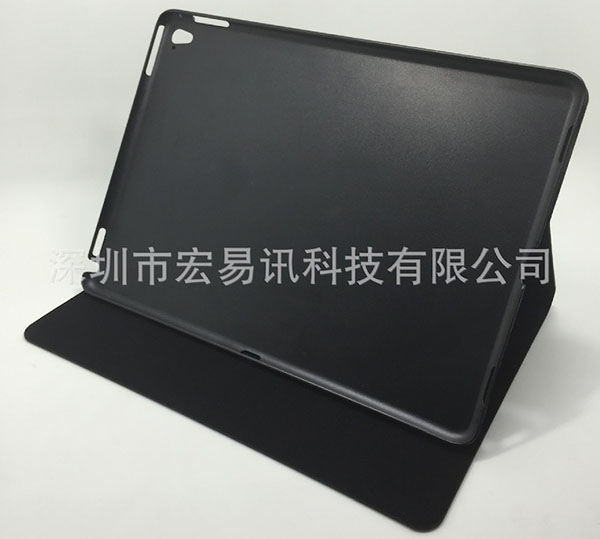 According to numerous rumors, it is believed that Apple will unveil the iPad Air 3 in an event in March. Apple did not update the iPad Air 2 last year.

Now, it seems like case makers in China know exactly what the iPad Air 3 will look like.

As can been seen in the image above, the cases being sold by case makers in Shenzhen, China, shows that the new iPad Air 3 will have four speakers and a Smart Connector - features that were found in the iPad Pro. A large teardrop cutout also suggests that the new iPad Air 3 will also feature flash for the rear-facing camera - a first for any iPad.

Having four speakers makes sense, because that was one of the things users loved most about the iPad Pro. The additional speakers will turn the iPad Air 3 into a more confident entertainment tablet.

The Smart Connector seems plausible as well as it will allow Apples to sell more accessories to users, like a Smart Keyboard similar to the one for the iPad Pro.

However, we are not so sure about that rear flash. iPads were never designed to be shooters and even the iPad Pro was not outfitted with the same cameras found in the iPhone 6s and iPhone 6s Plus.

Guess we will find out soon enough if Apple really announces the iPad Air 3 in March.