iOS Devices Accounted for 13.4% of Online Sales this Christmas

iOS Devices Accounted for 13.4% of Online Sales this Christmas 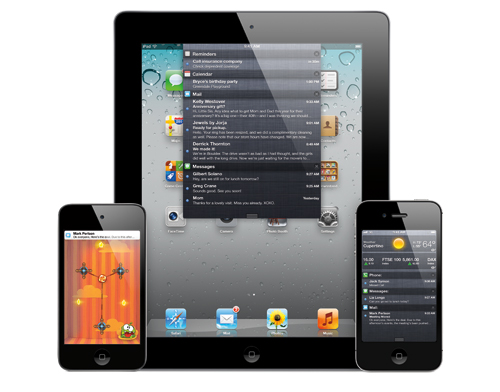 According to IBM Benchmark's figures, online sales over Christmas have increased by 16.4 percent when compared with 2010. The rise has been helped in no small part by the increasing popularity of smartphones and tablets.

The most commonly used device to buy products online this Christmas day was the Apple iPad, which was used to make 7 percent of the total purchases. Next on the list was the iPhone which was responsible for 6.4 percent of total online sales.

Android devices devices took home 5 percent of the share. However, when compared with the 13.4 percent garnered by the iPad and iPhone, it's obvious that iOS devices were the preferred digital platform to shop on this holiday season.

Retail figures did not include purchases of apps or music. While IBM has not released which online stores raked in the most business, you can expect the usual suspects (Amazon, Walmart etc) to be present.

What is interesting to note is the fact that the iPad was just released a couple of years ago and today it is the platform of choice for online shopping. Amazon's directing and pricing with the Kindle Fire also hints that the future of the tablet might just be as the gateway to the shopping malls of the web.

Join HWZ's Telegram channel here and catch all the latest tech news!
Our articles may contain affiliate links. If you buy through these links, we may earn a small commission.
Previous Story
Sony Tablet S and Tablet P Getting Android 4.0 Update
Next Story
LG Unveils Android 4.0 Upgrade Schedule for Its Phones