iOS 9.3 beta code suggests no 3.5mm audio jack for the next Apple iPhone

iOS 9.3 beta code suggests no 3.5mm audio jack for the next Apple iPhone 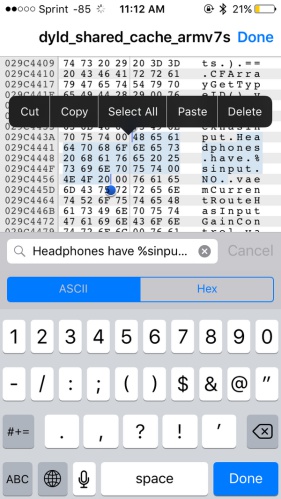 If history is any indication, iOS 9.3 beta just corroborates one of the most talked about rumors on the next iPhone.

According to an Apple developer, iOS 9.3 beta has a string of code lines, "Headphones.have.%sinput.NO.” , that suggests that the next iPhone will not have a 3.5mm audio jack. There have been multiple reports claiming that the 3.5mm audio jack will be removed in favor of a thinner design and wireless headphone technology.

Japanese blog Macotakara reported in November 2015 that the 3.5mm audio jack will be removed to achieve "more than 1mm" reduction in thickness on the iPhone 7. Chinese media followed up with information from supply chain sources that the iPhone 7 may be equipped with wireless "EarPod" headphones or Lightning earphones. Fast Company reported on the adoption of noise-canceling tech while 9to5Mac got confirmation from its often reliable sources that there will indeed be no 3.5mm audio jack.