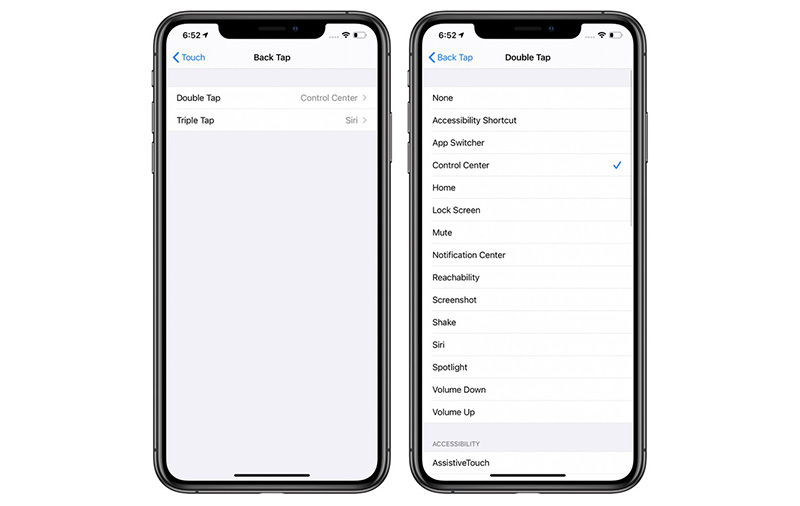 Now that iOS 14 beta is in the hands of developers (and adventurous non-devs), news about little gems of features not announced at the keynote are popping out all over the web.

One of them is Back Tap, an accessibility setting hidden under Settings > Accessibility > Touch. Back Tap allows you to double- or triple-tap the back of your iPhone to perform actions quickly.

The number of actions that Apple allows through Back Tap is surprisingly large. You can use it to open Control Centre, bring up the Home screen, lock the screen, mute the phone, take a screenshot, invoke Siri, control volume and more. You can also tag it to accessibility settings such as Magnifier, Smart Invert, Speak Screen, VoiceOver and Zoom.

Power users are also going gaga over Back Tap because it can hook up to shortcuts you’ve created in the Shortcuts app. This opens up a whole new world of possibilities. Imagine tapping the phone to kickstart a workflow or bring up Google Assistant.

Our articles may contain affiliate links. If you buy through these links, we may earn a small commission.
Previous Story
Macs running Apple Silicon will not be able to Boot Camp to Windows
Next Story
Optimised Battery Charging is coming to the Apple Watch and AirPods