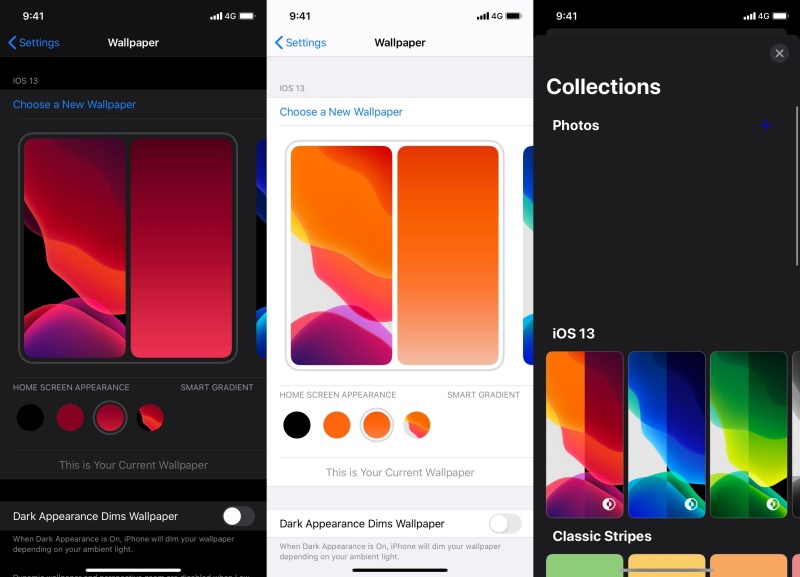 Apple could be bringing "real" home screen widgets to the iPhone and iPad with iOS 14.

9to5Mac has learnt from the iOS 14 code that Apple is developing "real" widgets for the iPhone and iPad home screen. Internally referred as "Avocado", the new widgets on iOS 14 can be shifted around just like any other app icon. iOS 13 currently only allows pinned widgets on a dedicated screen for the iPhone.

Screenshots posted by Twitter user @DongleBookPro corroborate 9to5Mac's claims. The screenshots reveal new wallpaper settings from iOS 14 which include a new "Home Screen Appearance" option that can define a smart dynamic wallpaper to only be used on the home screen. The dynamic wallpapers include a flat color, a blurry one and a dark version, which 9to5Mac speculates to be important in supporting home screen widgets as some information on widgets cannot stand out on a regular photo background.

9to5Mac cautions that the feature is still being worked on and Apple can scrap it at the last minute. While Apple may introduce "real" home screen widgets later this year, it is noteworthy to mention that Android users have been enjoying resizable widgets and the flexibility of placing them anywhere on the home screen for many years.

Join HWZ's Telegram channel here and catch all the latest tech news!
Our articles may contain affiliate links. If you buy through these links, we may earn a small commission.
Previous Story
Microsoft Edge is now the world's second most popular web browser
Next Story
Samsung has started to roll out its free Galaxy phone sanitising service (Update: Coming to SG in Apr)