The Internet Fights Back and Wins

The Internet Fights Back and Wins 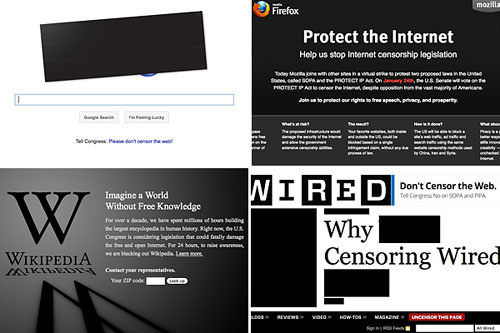 The threat of SOPA and PIPA should be known to all by now. Companies like Facebook, Google, Twitter and many more opposed it and sent letters to the relevant parties to let them know of their stance. When that did not work, websites such as Wikipedia and Reddit decided to up the ante and black out services for different durations of time on the 18th of January 2012.

It seems that their actions and voices have finally been heard. As of today, PIPA has 13 additional American senators who oppose the proposed piece of legislature. Most of the senators standing against PIPA and SOPA are Republicans, and hopefully, these collective measures would convince more people about the implications of SOPA.

You may wonder why SOPA and PIPA, two American laws being debated in USA, have anything to do with you? If the laws are passed, it gives other nations a precedent to follow. In addition, the new measures also include provisions that could allow for DNS disruption, domain name seizures and takedowns of websites not registered in the US.

All in all, people need to realize that the current proposed features of both PIPA and SOPA are not acceptable. Hopefully Washington keeps listening to general consensus. On a similar note, Tweeter also reported that it clocked more than 2.4 million SOPA-related tweets yesterday.