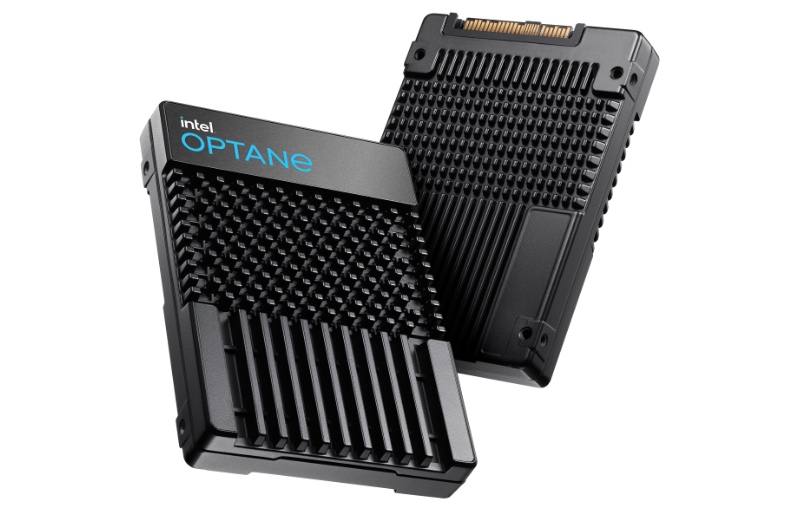 Intel has a new state-of-the-art SSD for data centres and it's called the Optane SSD P5800X.

It's the successor to the Optane SSD DC P4800X from 2017. Like its predecessor, the new SSD P5800X uses a form of 3D XPoint memory that Intel calls its "next-gen Intel Optane Media".

To briefly recap, 3D XPoint is a type of memory that sits between DRAM (memory, RAM) and NAND storage. The idea is that it can provide the speed and responsive of DRAM but with the density and non-volatile nature of NAND.

Combined with support for PCIe 4.0, the Optane SSD P5800X is pushing ridiculous sequential read and write speeds of 7.2GB/s and 6.2GB/s respectively.

Peak 4K random throughput is a staggering 1.5 million IOPS and random 4K 70R/30W is in the region of 1.8 million IOPS. Drive latency is less than 6µs and drive endurance is a claimed 100 total drive writes per day.

In short, the Optane SSD P5800X is a very fast and capable drive for intensive data centre applications. And Intel says its performance would make it more cost effective for data centres to run and implement over the long run.

Join HWZ's Telegram channel here and catch all the latest tech news!
Our articles may contain affiliate links. If you buy through these links, we may earn a small commission.
Previous Story
Holiday Gift Idea 2: A fantastic ultraportable notebook powered by AMD
Next Story
Samsung official reportedly confirms plans for a Galaxy Note launch in 2021