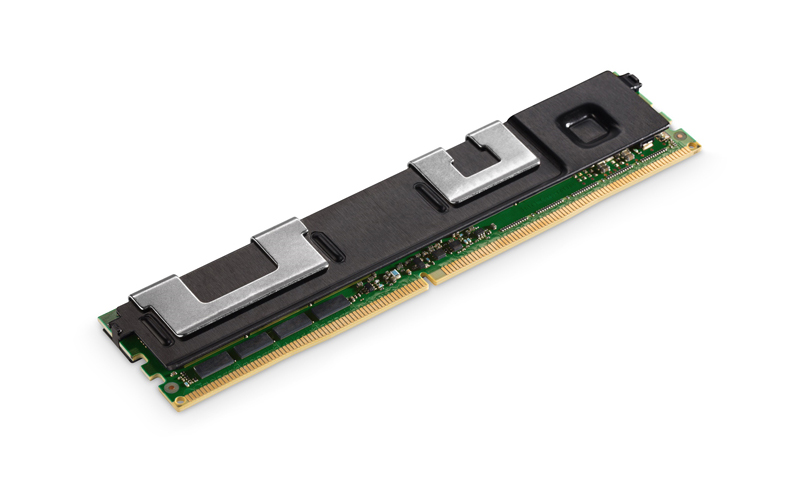 Intel's Architecture Day was dominated by news of its new 3D chip stacking technology, Sunny Cove architecture, and teraflop integrated graphics, but there were some interesting developments in the storage space packed in there as well.

The company brought up its Optane DC persistent memory, a new class of storage that combines DRAM-like performance with the data persistence and large capacities of storage drives. This means faster processing of bigger data sets like those used in AI and large databases, and its large capacity reduces the need to make time-consuming trips to storage, which can help improve workload performance.

According to Intel, the average idle read latency with Optane DC persistent memory is expected to be around 350 nanoseconds, assuming applications direct the read operation to it, or when the requested data is not cached in DRAM. To put things in perspective, PCIe Optane products like Optane Memory or even the Optane SSD DC P4800X have access latencies of roughly 10 microseconds, so that translates into a nearly 30-fold improvement in latency.

However, in cases where the requested data resides in DRAM or has been cached by the CPU's memory controller, memory sub-system responsiveness is expected to be the same as DRAM.

Optane DC persistent memory drives will come in the DIMM form factor, but they'll probably show up in enterprise servers way before consumers will have access to them.

Join HWZ's Telegram channel here and catch all the latest tech news!
Our articles may contain affiliate links. If you buy through these links, we may earn a small commission.
Previous Story
The NVIDIA Jetson AGX Xavier module is launched as the world’s first AI computer for autonomous machines
Next Story
Samsung to unveil the Galaxy S10 in February with sales starting in early March?