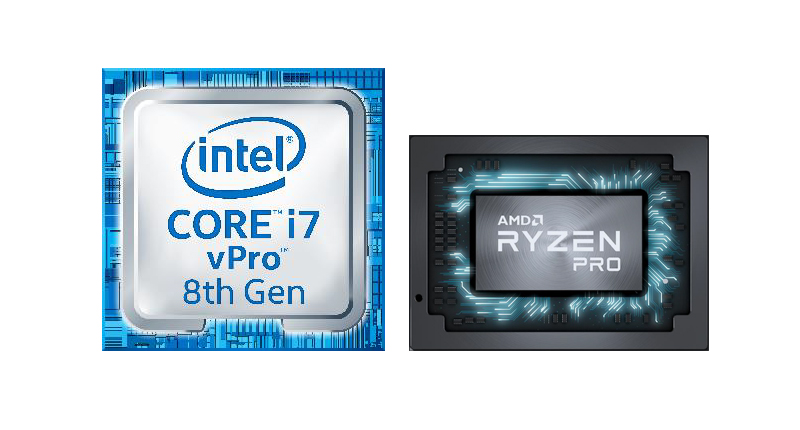 They also have built-in hardware security features, with the latest being Intel Hardware Shield. According to Intel, Hardware Shield will “reduce the attack surface of the BIOS”, and include a new reporting capability that’s visible at both OS and BIOS levels. 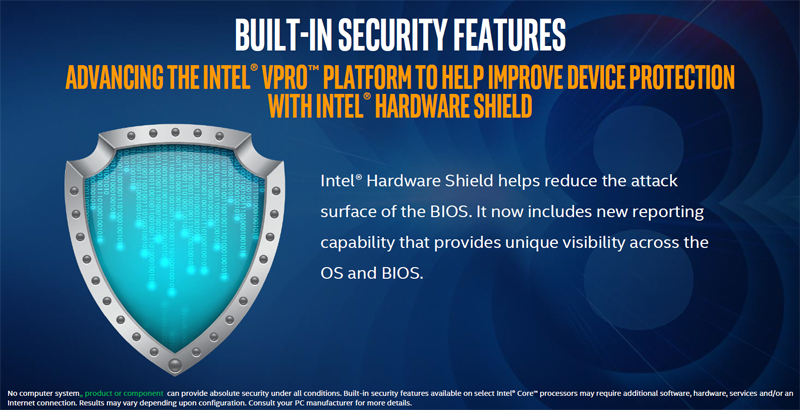 This feature is an addition to existing features that include Intel Authenticate, which is meant to reduce the threat of identity theft.

One of the major advantages of the new features is cost-savings. With the implementation of Wi-Fi 6 access nodes, up to four times the number of clients are able to join the node, this reduces the need for costly wired network implementation. Clients with the new Intel Core vPro chip are able to leverage on Wi-Fi 6 connectivity, right out of the box. There's also support for the WPA3 Wi-Fi security standard that was announced by Wi-Fi Alliance in October 2018. 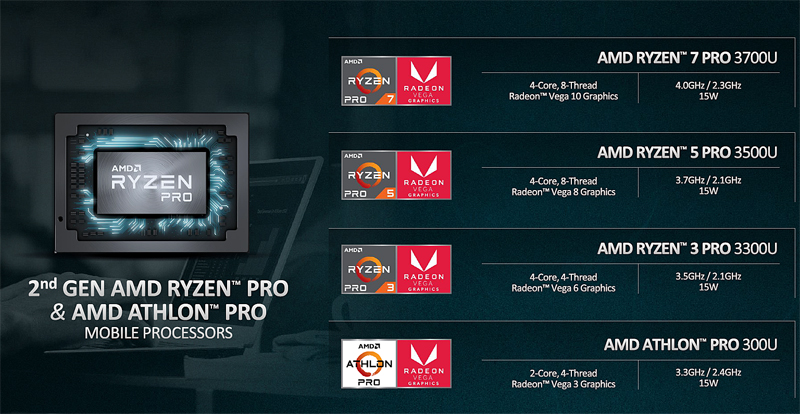 From the red camp, AMD has the new Ryzen Pro 3000-series that comprises the Ryzen 7 Pro 3700U, Ryzen 5 Pro 3500U, and the Ryzen 3 Pro 3300U processors. There’s also the Athlon Pro 300U CPU. The key difference of these 2nd generation Ryzen Pro / Athlon Pro processors over the first generation is the built-in Radeon Vega graphics engine - great for accelerating light graphics workloads and where graphics compute acceleration come into play that is usually the domain of discrete graphics.

AMD new mobile processors portfolio has the advantage of product breadth compared to Intel’s new vPro offerings. In terms of other enterprise-level features, the only distinguishing factor is Intel's built-in support for Wi-Fi 6. 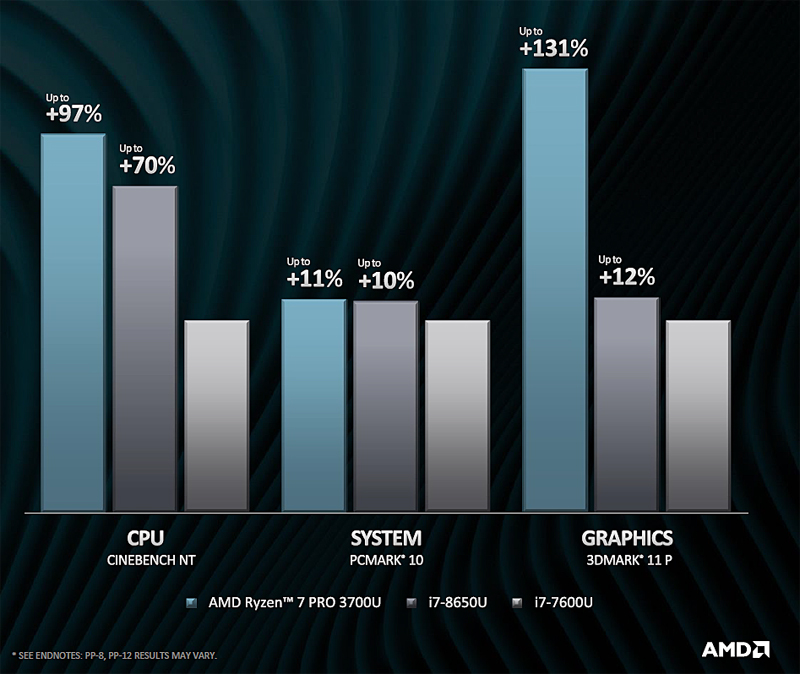 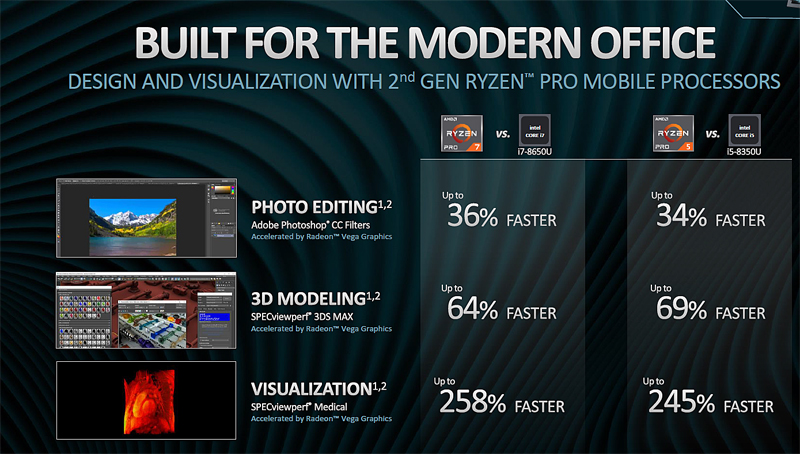 The strength of AMD Radeon Vega graphics is also evident in the design and visualization benchmarks and we suspect they are as competitively priced to the Intel equivalent counterparts as compared by AMD.

AMD has started shipping its Ryzen Pro 3000-series and Athlon Pro 300-series CPUs to its OEM partners. The first business laptops, based on the new AMD APUs, from HP and Lenovo are expected now. Notebooks based on the 8th-gen Intel Core vPro chips are slated for launch as well.

Join HWZ's Telegram channel here and catch all the latest tech news!
Our articles may contain affiliate links. If you buy through these links, we may earn a small commission.
Previous Story
Huawei shot down rumors of it selling 5G modems to Apple
Next Story
Foxconn ready to begin manufacturing iPhones in India