At last year's IDF, Intel talked about how they wanted to accelerate the development of perceptual computing and along with that, launched the Perceptual Computing Software Developer Kit (SDK) which has now been downloaded more than 10,000 times. Intel also launched the Perceptual Computing Challenge, which was an early kick-off contest for developers to create innovative applications using the SDK with up to $1 million in awards.

Today, Intel is betting even bigger on this with the announcement of a $100 million investment fund to accelerate the development of software and applications that bring these experiences to life across all Intel architecture platforms. The newly setup Intel Capital Experiences and Perceptual Fund will invest over the next 2-3 years and will include broader touch applications, imaging, gesture, voice and motion sensing and biometrics, among others.

So if you're a developer already researching in any one of those areas, it may be the best time right now to get your development work running at full speed while looking Intel up to sell your ideas and get a shot at some of the investment fund.

"This new fund will invest in start-ups and companies enabling these experiences, helping them with the business development support, global business network and technology expertise needed to scale for worldwide use," said Arvind Sodhani, president of Intel Capital and Intel executive vice president.

Although the idea of perceptual computing was only first publicly discussed last year, Intel and its industry partners have already made significant progress in bringing the first perceptual computing technologies to the market for today's Ultrabook systems and PCs, including:

Users who want to get in on the perceptual computing wave can soon purchase the Creative Senz3D interactive gesture camera from the third quarter of this year. Equipped with advanced depth sensor technology through a camera and dual array microphones, users will be able to play PC games using hand and finger gestures to control and interact with characters and environments. Its 3D sensing technology is able to enhance facial recognition and also extract a person's image for various applications. In addition to a variety of games and applications that ship with the Creative Senz3D, users will experience a robust bundle of software which enables interactive video conferencing, voice control of a PC, creation of video blog environments, and much more. 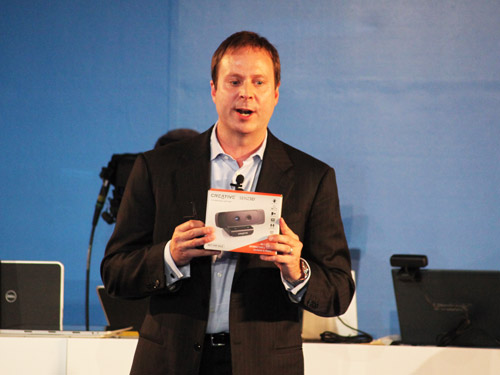 Software bundled with the Creative Senz3D will include:-

In addition to the above list of bundle, the Portal 2 Perceptual Pack, created by Sixense, which reacts to hand gestures, hand movements and voice commands will also be delivered as a free download from store.steampowered.com later this year for anyone who purchases the Creative Senz3D peripheral.

Moving forward, Intel will work with OEMs to integrate 3D depth camera technology into their next generation platforms, making these a standard fare in any Intel-based platforms in the second half of 2014. 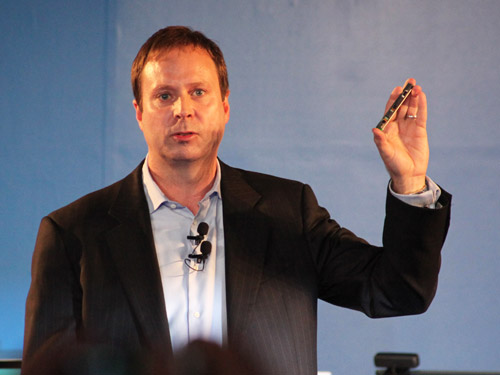