Intel’s 8th-generation Coffee Lake processors are scheduled for a release in the second half of 2017, but we may see more than low-power U-series processors this year.

According to PCGamesN, a sales representative from an unnamed motherboard manufacturer confirmed that new Intel Z370 motherboards would be arriving together with Coffee Lake in Q4 2017.

This would make it the third CPU release this year, after AMD’s Ryzen and Intel’s enthusiast-class Core X family.

The sales representative reportedly said that motherboard distributors should concentrate on moving Z270 boards because Z370 was only arriving in Q4.

Intel released its mobile Kaby Lake chips in August last year, but it only debuted its desktop parts in January 2017. However, it’s possible that the increased competition in the enthusiast and gaming market is pressuring Intel to accelerate its release schedule in order to maintain its edge.

This is also in keeping with Intel’s Gregory Bryant’s claims at Computex that Coffee Lake processors would find their way into systems by the holiday season this year. Furthermore, Intel says that the 15W U-series Coffee Lake chips can squeeze out up to 30 per cent more performance over Kaby Lake, according to figures obtained in SYSmark 2014 version 1.5. 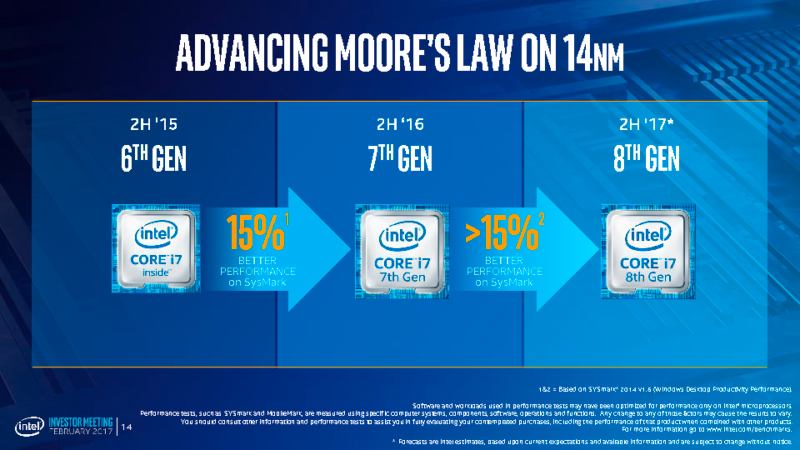 Desktop Coffee Lake parts are expected to include six-core CPUs, a first for Intel’s mainstream line-up, so there may not be any backwards compatibility with existing Intel Z270 motherboards.

In addition, Coffee Lake will supposedly integrate additional functionality that has traditionally been provided by third-party chip vendors, such as USB 3.1 (Gen 2) and Wi-Fi and Bluetooth connectivity.

This could affect companies such as Realtek, ASMedia, and Broadcom that supply these chips for PCs, with Realtek being the heaviest hit.

Intel’s Coffee Lake processors will also be built on the 14nm process, the fourth processor generation to do so after Broadwell, Skylake, and Kaby Lake.

The company’s tick-tock manufacturing process is dead, and it even seems to be slightly behind the new three-stage process-architecture-optimization cycle, but if it can continue to provide modest performance gains, that may be enough for consumers.

Join HWZ's Telegram channel here and catch all the latest tech news!
Our articles may contain affiliate links. If you buy through these links, we may earn a small commission.
Previous Story
The Sequent is a self-charging kinetic smartwatch
Next Story
Bronze Pink Sony Xperia XZ Premium now available in Singapore