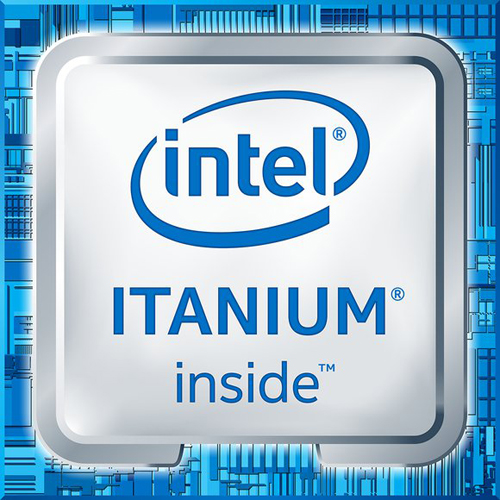 Intel will phase out its Itanium processors after the chipmaker discontinues its current Itanium 9700 series. Currently, only Hewlett Packard Enterprise (HPE) offers servers that feature the current crop of Itanium processors in its Integrity servers.

We last reported on Itanium’s development in 2012 when Intel was refreshing the series with its Poulson microarchitecture. The Itanium processor is borne out of collaboration between HP and Intel, in an attempt to introduce 64-bit architecture in the 1990s. This was mainly due to the need to address the growing complexity of information systems that required 64-bit computation. Due to the development of competing 64-bit architectures, mainly AMD64 instruction set, which was the 64-bit version of the x86 instruction set. Intel was forced to adopt this competing instruction set in cross-licensing agreements with rival AMD.

In addition to this development, the complexity of Intel’s 64-bit instruction set, IA-64 , lead to software developers opting for AMD64 platform, as it was the more logical and cost-effective way to implement 64-bit computing for desktop PCs and servers.

According to Intel’s product change notification for Itanium processors, the current 9700 series will be offered till 29 July 2021, with the last order date of 30 January 2020. HP will continue to offer support for its Integrity servers that operate on Intel Itanium chips until 2025; however, the stipulated date isn’t confirmed as the dates are based on forward-looking statements subject to change on notice.

Join HWZ's Telegram channel here and catch all the latest tech news!
Our articles may contain affiliate links. If you buy through these links, we may earn a small commission.
Previous Story
Panasonic officially launches the Lumix S1R and Lumix S1 in Newark
Next Story
The Epson EH-TW9400 home theater projector supports HDR10, HLG, and 18Gbps bandwidth for 4K at 60fps