Intel unveils next-generation computing technology for workplace of the future 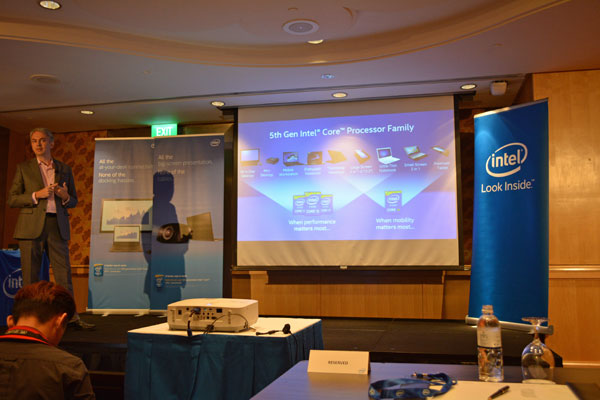 Intel today announced the availability of its fifth-generation Intel Core vPro processor family in the Asia-Pacific region, which will deliver improved system and graphics performance, more intuitive user experiences and enhanced power efficiency for longer battery life on mobile devices. The new processors are based on Intel’s latest 14nm Broadwell CPU microarchitecture and bring several performance benefits and productivity features that are targeted at realizing Intel’s vision of a wireless and ultra-efficient workplace.

For the uninitiated, Intel vPro platform is essentially a network device management technology built into Intel’s product ecosystem, including its networking controllers, Wi-Fi cards, chipsets and CPUs. Intel vPro’s Active Management Technology (AMT) grants access to network devices at the hardware level, enabling PCs to be accessed remotely even when the operating system is compromised or the power is off. This effectively allows for more secure and powerful management of network devices in a business setting. 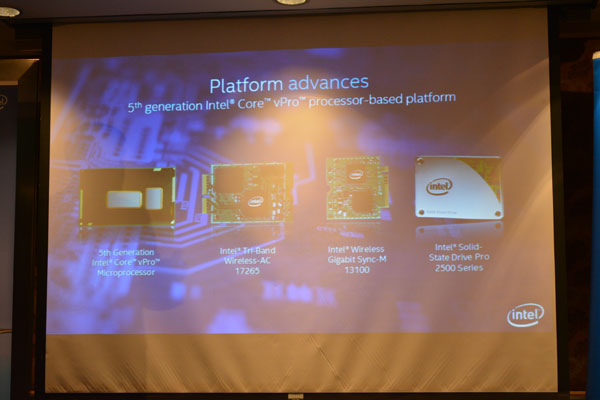 With Broadwell-U, Intel has created a processor family which aims to deliver value to businesses. According to Intel, Broadwell-U processors with Intel’s vPro technology will deliver up to 24% better graphics performance and 50% faster video conversion than equivalent fourth-generation processors. And when compared to a four-to five-year old PC, the new processors will wake 9x faster and enable 2.5x better productivity performance. Power management and design improvements in the new processors will also enable up to 1.5 hours more battery life than the previous fourth-generation processors. By minimizing the time we spend waiting for our hardware or hunting for a charging point, Intel aims to create a more productive workplace that gets more done faster.

We first heard about Broadwell-U processors at the Consumer Electronics Show (CES) 2015 earlier this year, but this is the first time that devices featuring the new chips and technology will be available for consumers. Intel has gone out of its way to cater to as many use cases and scenarios as possible and fifth-generation Intel Core processors can now be found in a diverse range of devices in various form factors, which include laptops, ultra-slim notebooks, Chromebooks and all-in-one desktop PCs from major manufacturers like Toshiba, Lenovo and Dell. You can even find them in Intel's diminutive NUC systems. 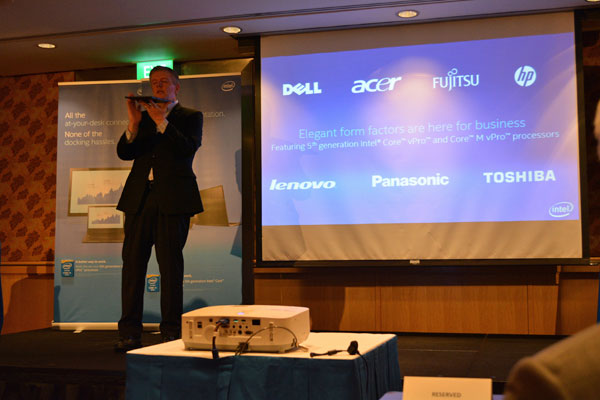 Devices equipped with the latest vPro processors will help meet the needs of a more dynamic and mobile workforce, which is especially important as more millennials join the workforce in the coming years. The new processors will offer various graphics options, including Intel HD Graphics 5500, HD Graphics 6000 and Intel Iris Graphics 6100, all of which will support 4K displays, video codecs like VP8, VP9 and HEVC, and the latest graphics APIs. The following are Intel's Broadwell mobile processors that will support Intel's latest vPro technologies:-

In addition, these new-generation devices will support Intel Wireless Display (WiDi) 5.1 and Intel Wireless Docking, two features that will usher in Intel’s vision of more efficient, collaborative and seamless workplaces. WiDi removes any need for wires or cables in presentations and video conferences, enabling Intel vPro-equipped devices to mirror their screens on compatible projectors or large displays. WiDi version 5.1 notably brings display resolution support of up to 4K. Similarly, Wireless Docking enables users to dispense with wired peripherals and automatically dock to monitors, keyboards, mice and other USB accessories. For more details on Intel’s wireless technology in action, we've a complimentary article to showcase compatible products and our experience.

Join HWZ's Telegram channel here and catch all the latest tech news!
Our articles may contain affiliate links. If you buy through these links, we may earn a small commission.
Previous Story
Unwiring the workplace: Intel Pro WiDi and Wireless Docking
Next Story
Watch the Samsung Galaxy S6 Edge bend under 110lbs of pressure (Updated)