Intel introduced today the 10th Gen Intel Core S-Series desktop processors. At the top of the stack is the flagship, unlocked Core i9-10900K processor, which Intel has claimed to be the world’s fastest gaming processor – with speeds reaching up to 5.3GHz out of the box with Thermal Velocity Boost.

Codenamed Comet Lake-S and built on the 14nm microarchitecture, the i9-10900K features 10 cores, 20 threads and DDR4-2933 memory speeds, and together with the rest of the 10-Gen Intel Core S-Series processors, are clearly made to go really fast. With most of today’s games continuing to depend on high frequency cores, rather than core counts, so logically such games will benefit from a faster processor that will help to drive high framerates.

While we wait to prove that once we get our hands on one of these new processors, Intel claims that this generation of processors will improve framerate of ‘up to 63%’ in PlayerUnknown’s Battleground compared to a 3-year old PC.

Games that will take advantage of these processors include Total War: Three Kingdoms, where Intel has worked with developer Creative Assembly to optimised and threaded features like AI Animations and physics, for Intel CPU Architecture. This allows a higher maximum number of units displayed in the game’s new horde-style arcade mode, where players choose three heroes to fight off as many waves of enemies as possible, while at the same time maintaining playable framerates

Other highlights of the new processor family include:

For overclockers, the refreshed Intel Extreme Tuning Utility now allows users to disable/enable the HT function on a per-core basis, plus it adds functions such as PEG/DMI OC and enhanced voltage and frequency curve controls. Thermal performance has also been improved, as all Comet Lake-S processors come with thinner dies and thicker Integrated Heat Spreader (HIS).

Also, as expected, the new 400-series chipset only supports PCIe 3.0 via 40 platform lanes. 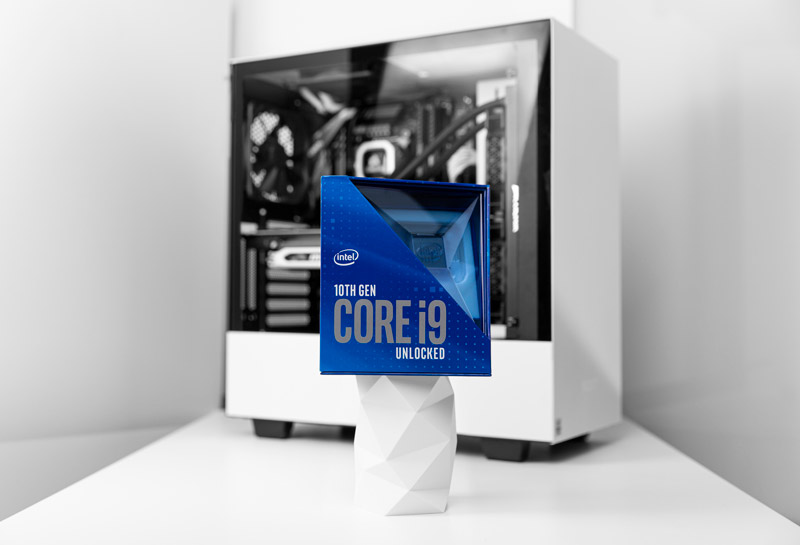 The 10th Gen Intel Core S-Series processors will be available starting in May with the flagship i9-10900K CPU costing US$488, and enthusiasts looking to upgrade to one will also require a new motherboard that supports the Intel 400 Series Chipset.

Join HWZ's Telegram channel here and catch all the latest tech news!
Our articles may contain affiliate links. If you buy through these links, we may earn a small commission.
Previous Story
Xiaomi brings flagship quality to all with the Mi Note 10 Lite
Next Story
Ubisoft just revealed the next Assassin's Creed game in a really cool way