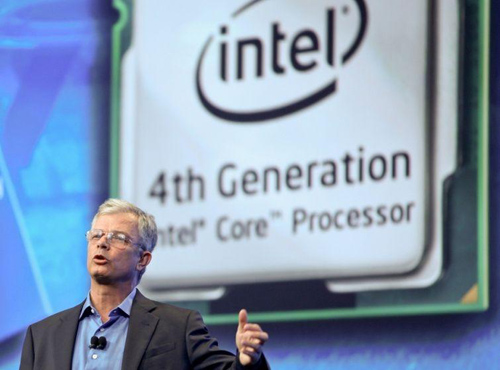 With Sandy Bridge, Intel promised improve graphics capabilities on their processors and that has been somewhat fulfilled. The new Intel HD Graphics 4000 GPU that is found on selected Ivy Bridge processors has proven itself to be a decent performer. However, Intel has always maintained that users the true potential of their monolithic architecture will only be fully realized with Haswell. 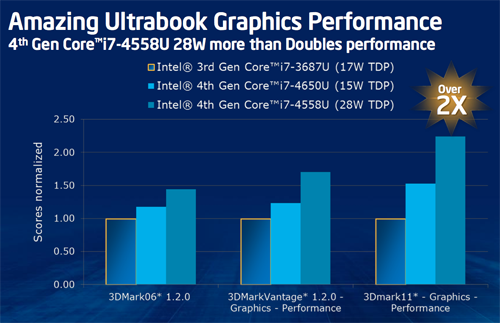 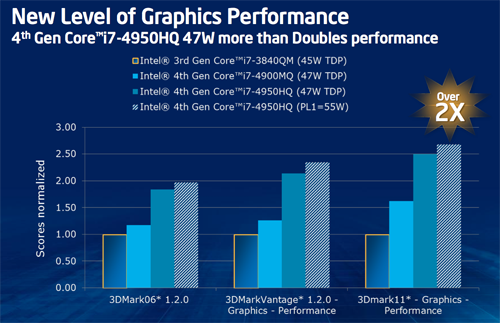 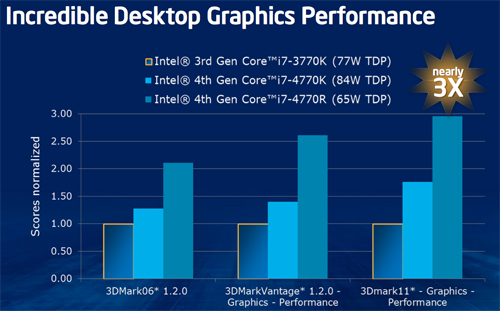 What Can We Learn from The Slides?

There are a few important points to bear in mind first when looking at the graphs. Firstly, these are normalized using the 3rd generation Intel HD Graphics 4000 GPU as the baseline. Secondly, the results here are based on synthetic benchmarks, which may not be representative of real world performance. Hence, one should take these graphs with a pinch of salt.

Understandably, such a move - pairing Haswell with older GPU parts - could cause lots of confusion, but we believe Intel would limit such pairings to higher-end SKUs where users would want to use their spanking new Haswell processors with top of the line discrete graphics cards to get the maximum performance.

All this being said, there’s still a lot more we do not know about the new graphics processing component in Haswell such as number of execution units, clock speeds and memory. We will fill you in on these as details from Intel become available.

Join HWZ's Telegram channel here and catch all the latest tech news!
Our articles may contain affiliate links. If you buy through these links, we may earn a small commission.
Previous Story
Nielsen: Youtube Attracts More Young Viewers than any US Cable Network
Next Story
HTC Said to Launch 4.3-inch One in the Coming Weeks