According to CNET, Intel has started shipping its fourth generation 'Haswell' Intel Core CPUs to PC manufacturers. CNET also said that the new CPU will be launched later in this quarter. 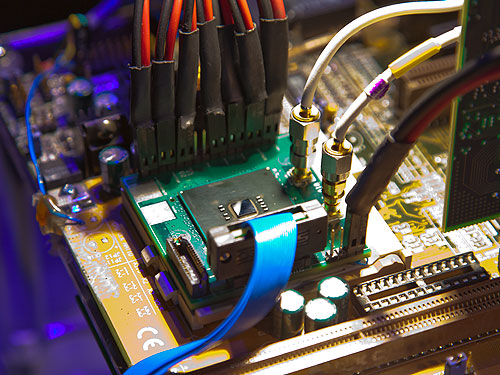 Intel is expected to announce this at the IDF Beijing conference that will take place this week. The fourth generation processors that are based on this new microprocessor technology will be manufactured using 22nm fabrication process and 3D tri-gate transistors as Ivy Bridge. The Haswell architecture is claimed to be able to reduce platform power consumption by a factor of more than 20 times over current designs - without compromising performance.

This development is in line with what was reported earlier this year that Intel had plans to launch the 'Haswell' CPUs on 02 June this year as well as to showcase them at this year's Computex in Taiwan. In the same breath, Intel has also confirmed an issue with Haswell's accompanying Lynx Point chipset, which will cause USB devices to be dismounted after the computer transitioned into standby mode, specifically S3. The chip manufacturer has officially stated that this bug affects only a small subset of USB SuperSpeed thumb drives and does not affect other USB peripherals.

With such chipset USB errata that affects current ones that are in production, this may put off even the most diehard early adopters from purchasing devices that feature the new 'Haswell' CPUs. The chip manufacturer also faces more headwinds at the research firm IDC has forecast global Q1 shipments could see a double-digit year-on-year decline, worse than a prior forecast for a 7.7 per cent decline.

Join HWZ's Telegram channel here and catch all the latest tech news!
Our articles may contain affiliate links. If you buy through these links, we may earn a small commission.
Previous Story
Revamped Evernote for Windows Phone Offers Enhanced UI
Next Story
Sony Announces Pricing for Its 55 & 65-inch 4K UHDTVs; 4K OLED Monitors in the Works