Intel’s Skylake-X chips may have a heat problem

Intel’s Skylake-X chips may have a heat problem 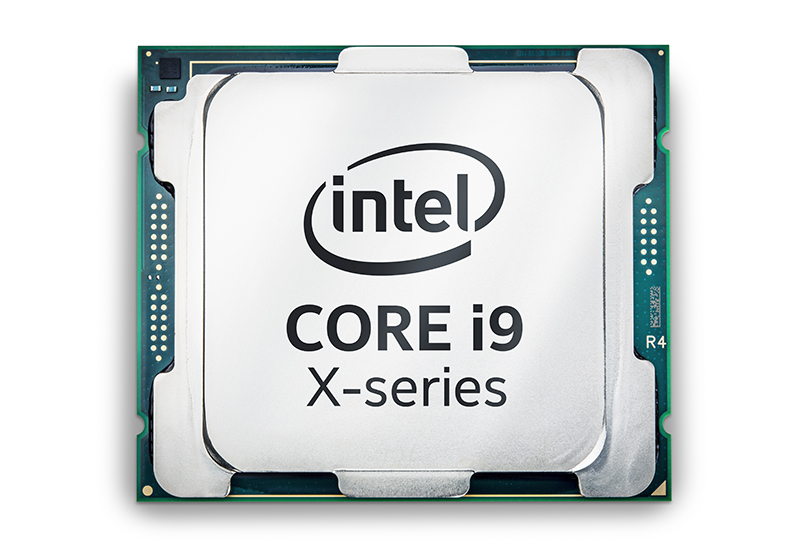 Intel’s X299 platform isn’t quite the dream enthusiast offering that some may have hoped for. Select Skylake-X chips have since made their way into the hands of reviewers and overclockers, and while they are certainly fast, they also run very, very hot.

As it turns out, Intel actually recommends at least a close-loop liquid cooler for Skylake-X, even if you’re just going to use it at stock speeds.

Tom’s Hardware has since published a detailed look at the heat characteristics of the 10-core Core i9-7900X (3.3GHz, 13.75MB L3 cache), and one of the most telling signs is the yawning chasm between the temperatures of the chip’s heat spreader and its cores.

This starts out as a modest 9°C delta at first, but as the CPU heats up, it widens to a staggering 71°C, with the CPU temperature hitting 100°C. What’s more, these figures were obtained with a high-end custom liquid cooling solution. 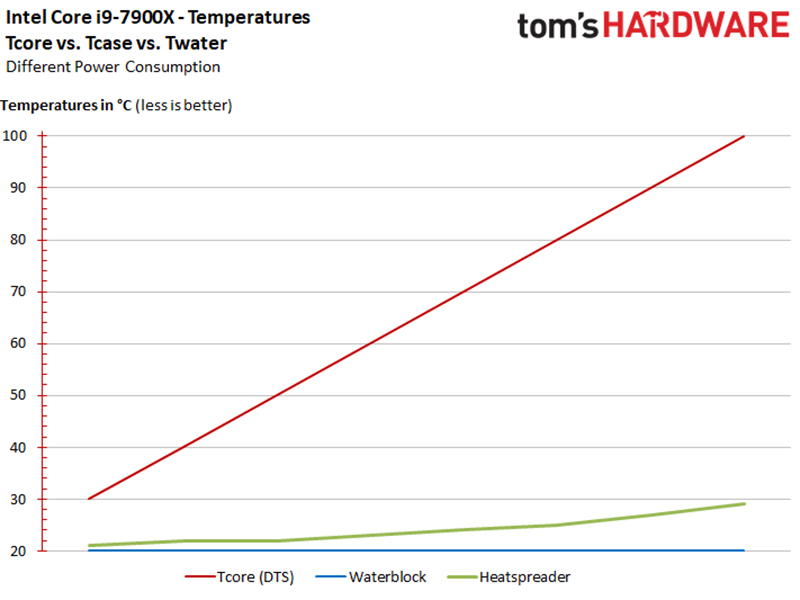 This is a clear sign of inefficient heat transfer between the CPU and heat spreader, and it’s likely due to Intel’s decision to ditch the indium-tin solder that attaches the heat spreader to the processor die in favor of cheaper thermal interface that resembles regular thermal paste.

AMD utilizes solder instead of paste on its Ryzen chips, and Intel used to do that on its previous X-series processors as well, so this switch up is slightly troubling, especially as Intel has up to an 18-core chip planned.

While this thermal interface material will work well enough for quad-core chips, it is proving to be less adequate for eight- and 10-core processors that run far hotter.

One of the most glaring trade-offs has been poorer overclocking performance, as reviewers have noted a ceiling of around 4.4GHz to 4.6GHz, barely above the Turbo Boost 2.0 speed of 4.3GHz.

Put simply, this amounts to an immense inconvenience for overclockers. If pricey custom liquid cooling loops still don’t yield much benefit, many might have to resort to delidding their CPUs, a risky operation that involves prying the integrated heat spreader away from the CPU die.

Intel’s design issues may also be compounded by poor motherboard designs, as overclockers like der8auer have complained of VRM heatsinks that contain heat instead of dissipating it.

Join HWZ's Telegram channel here and catch all the latest tech news!
Our articles may contain affiliate links. If you buy through these links, we may earn a small commission.
Previous Story
Nikon launches the Coolpix W300 for scuba divers *updated with pricing*
Next Story
Samsung unveils world’s first LED HDR cinema screen