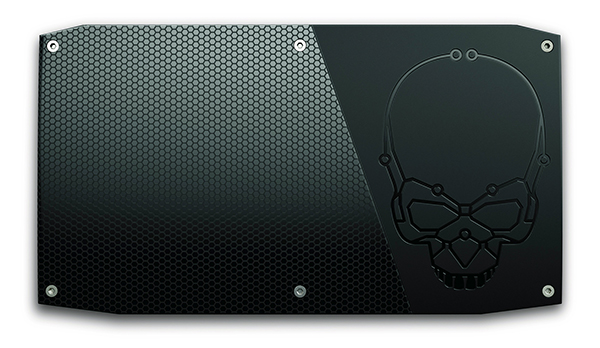 Intel has taken the wraps off its Skull Canyon NUC that was first teased at CES earlier this year. Intel was quite tight-lipped about the device then, but we finally have all the details on hand.

Intel has managed to cram fairly impressive hardware into the diminutive 216 x 116 x 23mm unit, including a sixth-generation Intel Core i7-6770HQ (2.6GHz, 6MB cache) processor with Intel Iris Pro 580 graphics. There is even space for up to 32GB of DDR4 memory, dual M.2 SSDs, and an SD card slot for an additional 512GB of storage.

That’s all nice and well, but the most interesting feature has got to be its support for the Razer Core external graphics enclosure, courtesy of the Thunderbolt 3 port on its rear. So yes, this means that you can turn this tiny machine into a veritable gaming powerhouse with oodles of graphics computing horsepower. In fact, Intel is actually positioning its latest NUC as a gaming machine, and the Razer Core dock will certainly go a long way toward establishing it as a full-fledged gaming PC.

In addition to the Thunderbolt 3 port, there are a further four USB 3.0 ports, a full-sized HDMI 2.0 port, a Mini DisplayPort 1.2 port, an Intel Gigabit LAN connector, and an headphone jack.

It will be packaged with two different lids, one with a skull logo and a second plain matte black one. Intel says it will also support user-replaceable third-party lids, so it looks like there will be decent options for customization.

The NUC will ship with Windows 10. All in all, the NUC will not come cheap. Intel said a standard barebones kit will cost US$650, although a typical build with 16GB of RAM and a 256GB SSD would cost as much as US$999. After factoring in the cost of the US$499 Razer Core, external graphics card, and monitor if you don’t already have one, and you could end up paying as much as the price of the new Razer Blade.

Pre-orders begin in April on Newegg, while the device will begin shipping in May.

Join HWZ's Telegram channel here and catch all the latest tech news!
Our articles may contain affiliate links. If you buy through these links, we may earn a small commission.
Previous Story
Audio gets an extra punch with Sony's unveiling at CES 2016
Next Story
Facebook Messenger app has a hidden basketball game