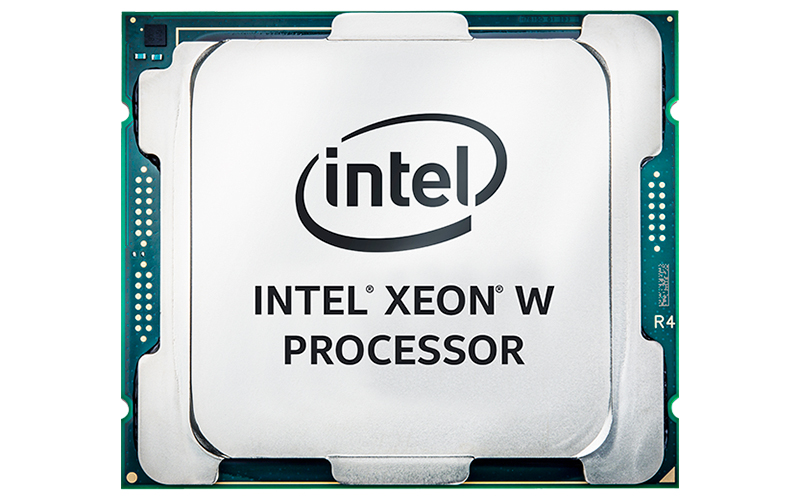 Intel has announced its new Xeon W family of processors, the first of a new brand of workstation-class chips. They are based on Intel’s Skylake-SP architecture, and succeed the old Xeon E5-1600 series chips.

The new chips sit between traditional server and consumer processors, and compared to Skylake-X, they offer more PCIe lanes from the processor, support for up to 512GB of quad-channel DDR4-2666 ECC memory, and additional management features. However, unlike the server-grade Xeon-SP parts, they lack support for things like six-channel DDR4 memory and multi-socket configurations.

They are also based on the same LGA 2066 socket that Intel’s Core X family uses, but you’ll still need the new C422 chipset as the Xeon W CPUs will not work on X299 despite the shared socket.

Before this, Intel had reworked its Xeon product stack with the launch of the Xeon Scalable Processors family, ditching the familiar E5 and E7 brandings in favor of Platinum, Gold, Silver, and Bronze series. These new chips also used the LGA 3647 socket, so there was no longer a shared platform with the high-end consumer chips.

But with the Xeon W chips, Intel can now continue to offer features such as ECC and vPro in a more consumer-friendly package. 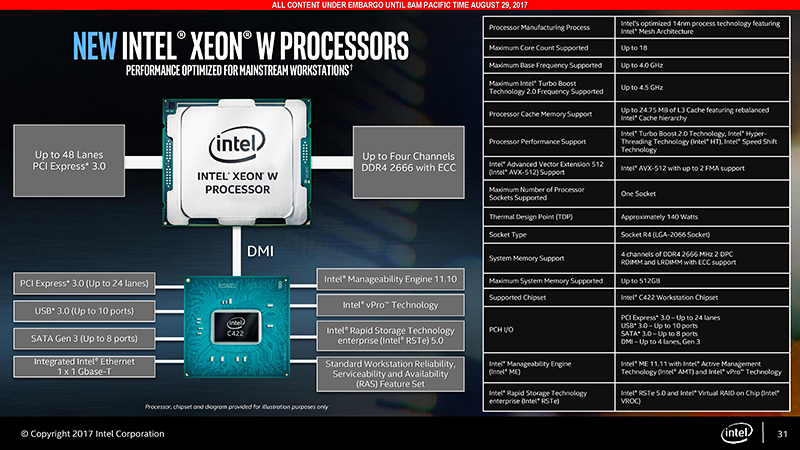 These processors can be thought of as Xeon versions of the existing Core i9 processors, and the line-up spans the gamut from 4- to 18-core parts. That said, there are certain key differences that make the Xeons more suited to workstation systems.

For one, all the chips support 48 PCIe 3.0 lanes from the CPU, so you'll be able to install up to two GPUs and three PCIe storage devices without having to utilize lanes from the chipset.

The Xeon W processors are targeted primarily at high-end, single-CPU workstation systems, and there are rumors that the 18-core Xeon W-2195 will make its way into Apple's iMac Pro come December. Apple has promised an 18-core iMac Pro around that time, and Intel's 18-core processor is slated to arrive in Q4, so there's a good chance that we'll actually see this happen.

In addition, you can expect systems from Intel's usual partners, including brands like Dell, HP, and Lenovo.

Join HWZ's Telegram channel here and catch all the latest tech news!
Our articles may contain affiliate links. If you buy through these links, we may earn a small commission.
Previous Story
Apple might need you to change the way you use the iPhone 8
Next Story
Intel announces AI-centric Movidius Myriad X VPU, promises more autonomy for embedded AI solutions