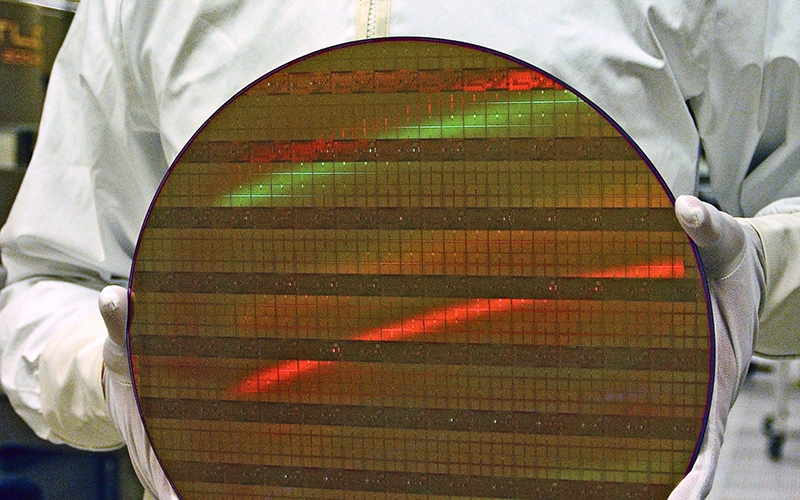 Intel’s 10nm chips continue to elude us. Santa Clara’s next major processor update has been tossed about for a while now, but it seems like we’re no closer to 10nm than before. In its first quarter earnings call, Intel revealed that its 10nm processors were being delayed yet again, although it also reported excellent first-quarter profits and record revenues.

The chipmaker is already shipping 10nm products in low volume right now, but we won’t see high volumes until as late as 2019. However, Cannon Lake chips are expected to roll out for data centers in limited volume later this year.

“We think we’ve bit off a little too much in this case,” CFO Bob Swan said on the call. That said, CEO Brian Krzanich stressed that there was nothing wrong with the chips, design-wise, and the company was mainly grappling with issues in moving up to large-scale production.

Intel is struggling to get 10nm yield to where they need to be, hence the delays in shipping the product in volume. Instead, it will continue to optimize and tweak its existing 14nm processor lines for both data center and client products.

The chipmaker also revealed a new chip called Whiskey Lake, which will launch in lieu of the delayed Cannon Lake processors. Whiskey Lake will be a 14nm chip for client PCs, while a Cascade Lake chip for servers will debut later this year as well.

Nevertheless, Intel is in a strong position financially. It reported first-quarter profits of US$4.5 billion, a 50 per cent increase from a year ago, in addition to record revenues of US$16.1 billion.

Moving forward, Intel will be looking to put the expertise of new hire Jim Keller to good use. Keller led the design of AMD’s Zen architecture, and now has a wide mandate at Intel, including things like SoC design and integration and silicon engineering.

Join HWZ's Telegram channel here and catch all the latest tech news!
Our articles may contain affiliate links. If you buy through these links, we may earn a small commission.
Previous Story
New official Xiaomi store opening at Bedok Mall this Saturday - opening day deals inside!
Next Story
End of an era: Casio is reportedly pulling out of the digital camera market