Early this month, Intel confirmed that its 11th generation Rocket Lake desktop CPUs will be coming in Q1 2020.

And now, Intel has finally revealed some high-level details about these new CPUs.

First and foremost, we now know that these processors will use a new CPU architecture called Cypress Cove.

Cypress Cove, however, isn't an all-new architecture. Instead, it's a variant of Sunny Cove (used in Ice Lake) but backported to an older 14nm process. 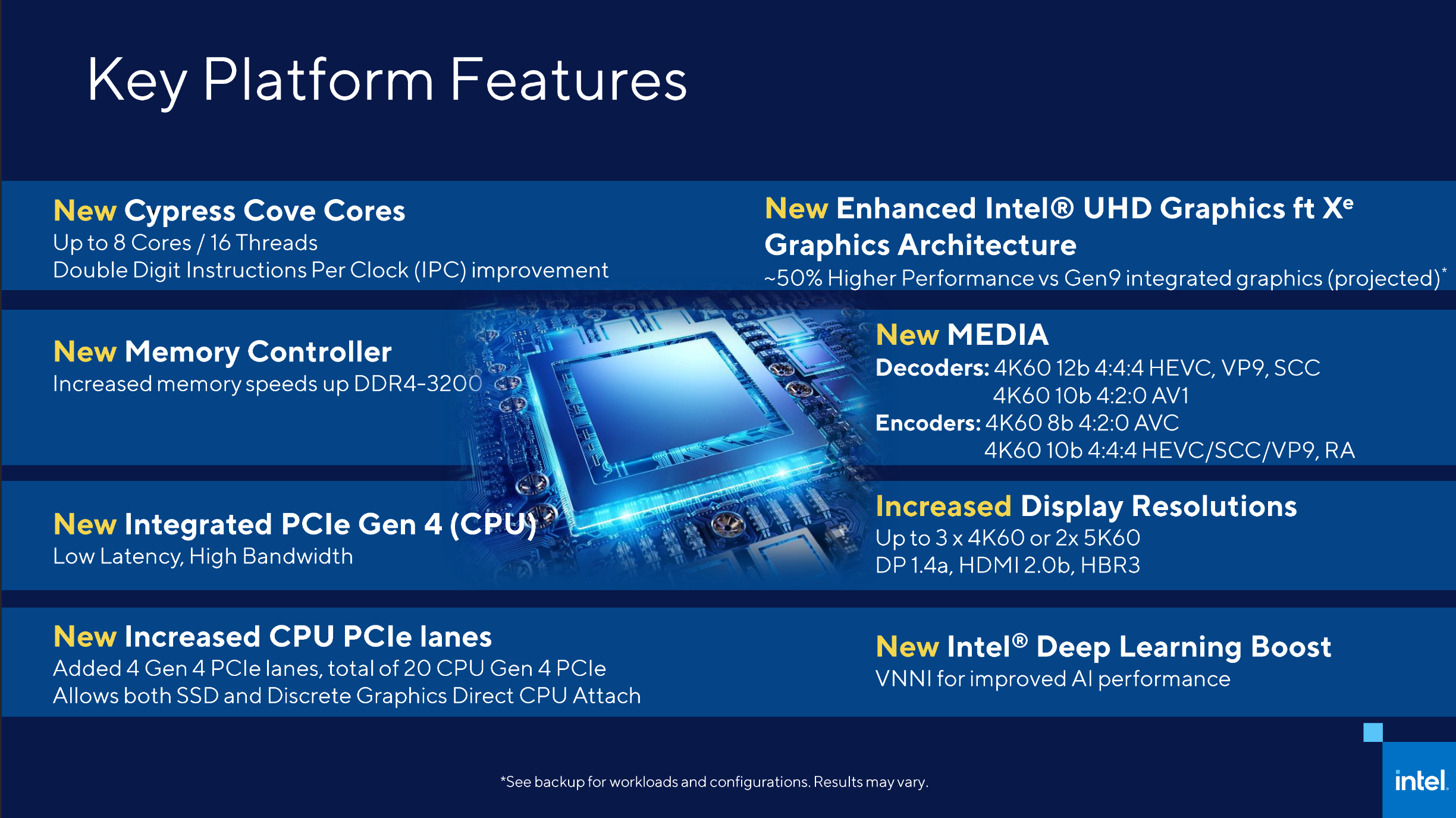 Complementing these cores will be Intel's new Xe graphics that are derived from the new Tiger Lake processors.

At the top-end, we will have processors that will have 8 cores and 16 threads with support for memory speeds of up to DDR-3200. Rocket Lake will have more CPU PCIe lanes too, up to 20 PCIe 4.0 lanes.

Unfortunately, this is all we know for now. Intel once again reiterated that these Rocket Lake CPUs will launch in the first quarter of 2021.

Previous Story
Call of Duty: Black Ops Cold War requires up to 250GB of storage space on PC
Next Story
You can now pre-order custom GeForce RTX 3070 cards in Singapore