At the recently concluded Computex 2013, Intel showed off its prototype 128GB Thunderbolt thumb drive. The company claimed it is the world's fastest thumb drive. 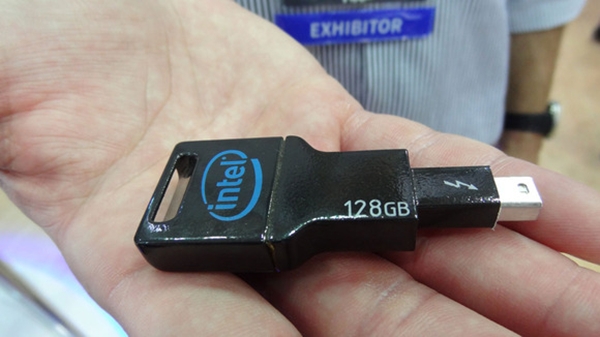 In April this year, Intel announced Thunderbolt 2, the next generation of Thunderbolt that will feature transfer speeds of up to of 20Gbps. Besides being faster, Thunderbolt 2 is touted as being able to support 4K displays while handling data transfer. It is slated for release in 2014.