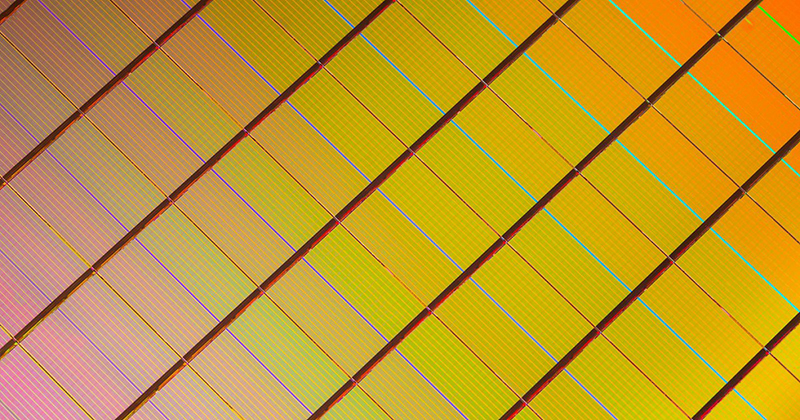 Intel and Micron first announced 3D XPoint back in 2015, billing it as a brand new form of high-speed, non-volatile storage that could potentially offer up to 1,000 times the performance and endurance of traditional NAND flash. Since then, there have been questions about how exactly the new memory would perform, what kinds of systems might feature them, and when.

Now, Intel has released details on the first SSD to be based on 3D XPoint technology, so availability could be as soon as this year. The Intel SSD Data Center P4800X, as the drive is called, would debut under Intel’s Optane brand, and take the form of a 375GB half-height, half-length PCIe NVMe card.

The product documentation was first spotted by Taiwanese site PCADV, but the PDF has since been taken down from Intel’s website. 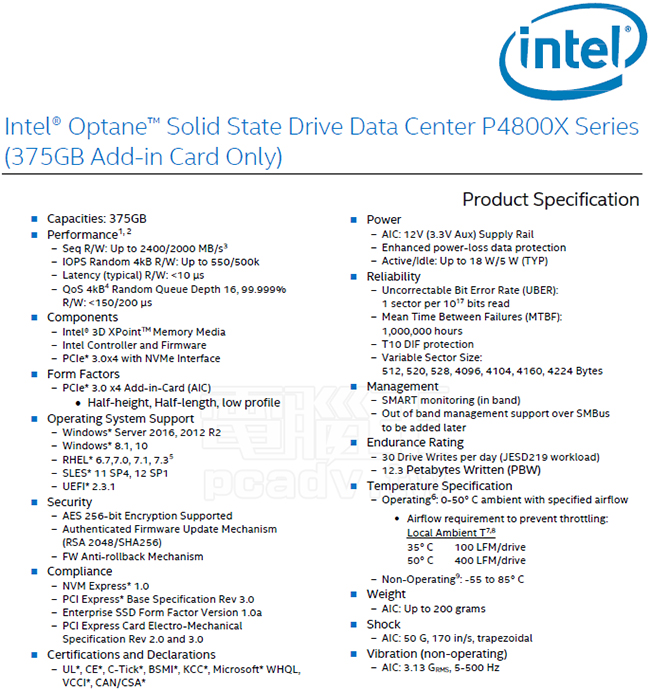 The P4800X has sequential read/write speeds of 2,400MB/s and 2,000MB/s respectively. But while the read speeds are considered quite high, they’re still quite a long way from ruling the roost. For one, Samsung’s 960 EVO drive can manage up to 3,200MB/s read performance.

However, write performance is impressive, and it outmuscles most of the competition and Intel’s older drives.

That said, it’s still a far cry from the promised 1,000 times more performance. As it turns out, latency and the number of I/O operations is the P4800X’s strong suit. The new SSD can supposedly handle up to 550,000 read or 500,000 write operations per second, and boasts latency – the time taken to serve a read and write operation – of under 10 microseconds.

Another strong point is the drive’s ability to maintain high performance even with low queue depths of 1. Most SSDs require higher queue depths to really put their best foot forward, and this limitation becomes especially clear when doing things like copying small files.

Finally, the drive boasts much-improved endurance in the form of a 12.3PB lifetime rating for data written. This is the equivalent of 30 full drive writes per day, so the P4800X should hold up well in a demanding enterprise environment.

The only drawback is the higher power consumption of the drive – it draws about 18 watts when active, compared to 12 watts for Intel’s 400GB Data Center P3700 drive.

There’s no concrete information on price and availability yet.

Join HWZ's Telegram channel here and catch all the latest tech news!
Our articles may contain affiliate links. If you buy through these links, we may earn a small commission.
Previous Story
Samsung signs another deal to supply Apple with 60 million OLED panels
Next Story
Singtel’s data-free Newsstand gets 12 more magazine titles