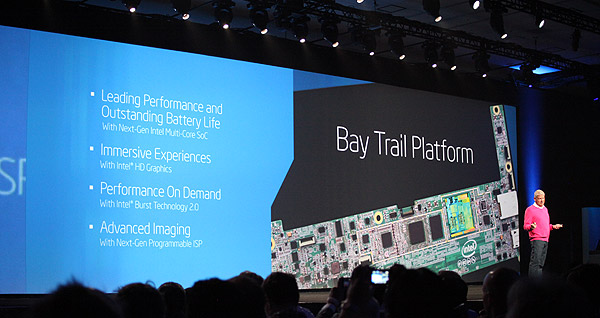 The new line-up of Bay Trail SoCs released today were first leaked in November 2012 and demonstrated in June this year at Computex Taipei. To recap, the Bay Trail family of processors is based on Intel's low-power, high performance Silvermont architecture. With today's official launch of these new SoCs, we can expect Intel's OEM and ODM partners to release a wide range of Windows and Android products by the fourth quarter of this year, in time for the coming holiday shopping season.

The Bay Trail family of processors will be released in several variants to serve different market segments and devices. For tablets, Intel will introduce these SoCs as the Intel Atom Z3000 Processor Series (codenamed Bay Trail-T) as a solution for tablets as well as the new category of 2-in-1 devices. The Atom Z3000 series are designed to provide performance where it's needed while maintaining excellent battery life for all day computing.

The new Atom Z3000 processor is built with Intel's 22nm process technology featuring tri-gate transistors, similar to what you'll find in the Haswell product line. In the tiny die, they've managed to integrate four cores with Intel Burst Technology 2.0 which lets each core boost its frequency to increase its performance dynamically. This is similar to desktop parts and it has proven effective in completing tasks fast so that they can immediately put the processor back in the idle mode to save power. Other functional blocks in the processor such as the GPU, camera and display are also individually controlled to keep power usage at minimum when not in use.

The Bay Trail processor will feature Intel's 7th generation HD graphics engine, similar to that of their Sandy Bridge part. Although two generations behind the desktop counterpart, the Bay Trail's graphics performance is still many folds faster than its previous Clover Trail part. Intel claims that Bay Trail is at least 6 times faster than Clover Trail when measured with 3DMark.

The display engine in Bay Trail will also support higher resolutions, raised from 1920x1200 in Clover Trail to 2560x1600. This will allow tablet and laptop displays with retina-like resolutions. It will feature Intel Quick Sync Video for faster video encoding, editing and transcoding, and Intel Wireless Display for WiDi-equipped televisions and projectors. 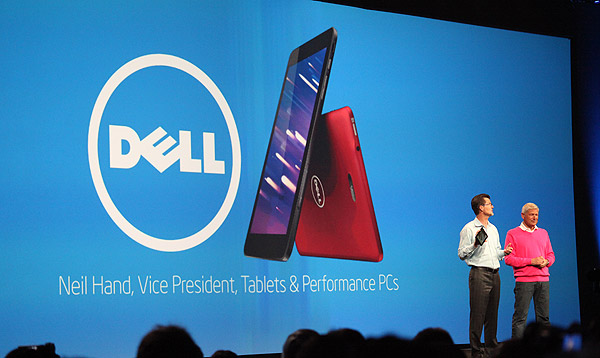 It was also revealed at today's launch that Bay Trail will be a 32-bit part, which means most devices will not support memory beyond 4GB. In fact, even if you have 4GB installed, you won't be getting the full 4GB, due to operating system limitation. However, Intel does not see this as a problem since tablets today, according to them, does not require more than 4GB of memory. However, they do have plans to release a 64-bit part in early 2014. It will allow for a more seamless deployment into enterprise environments, and will include no VPN password support through Intel Identity Protection Technology with PKI.

These new processors will enable OEMs to develop new products with prices as low as US$199 for a clamshell mobile device or fanless desktop to US$250 for a notebook with touch capabilities and US$349 for a 2-in-1 mobile device. 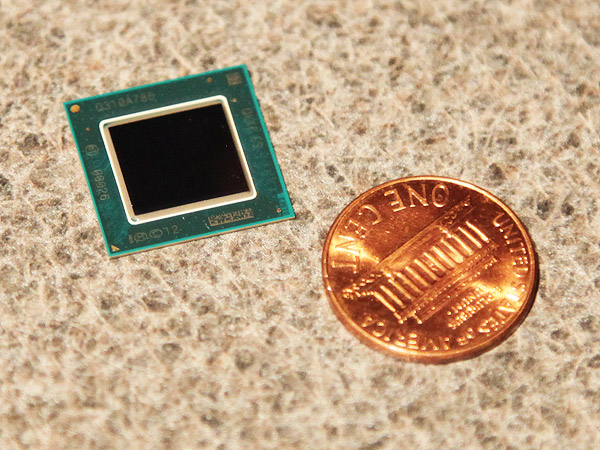 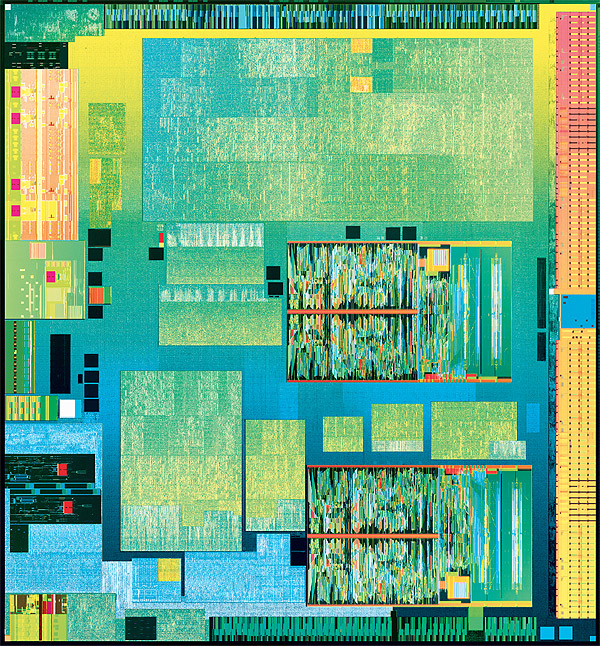 Join HWZ's Telegram channel here and catch all the latest tech news!
Our articles may contain affiliate links. If you buy through these links, we may earn a small commission.
Previous Story
Irdeto Delivers New Multiscreen Solution
Next Story
Ranger Bluetooth Audio Transceiver 2-in-1 Equipped with aptX Codec