Intel may be making its first ever mobile Core i9 processor

Intel may be making its first ever mobile Core i9 processor 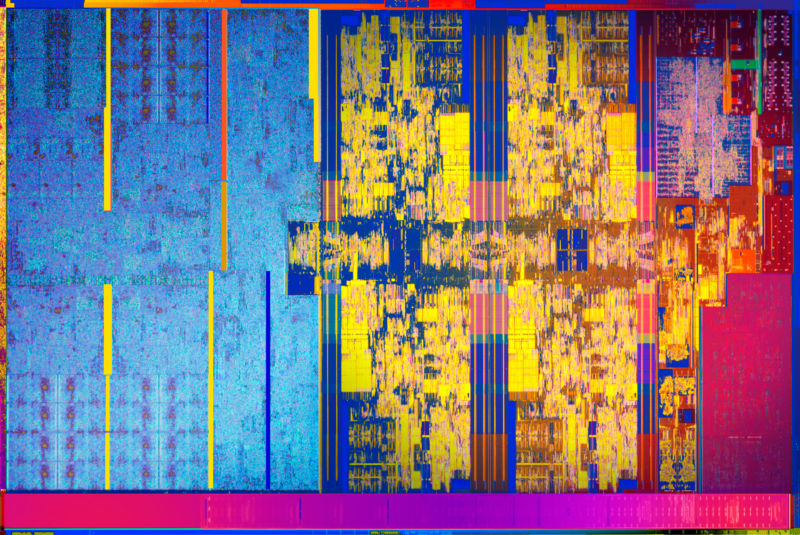 Details of Intel’s next wave of 8th-generation processors appear to have leaked. Thanks to diagnostics and benchmarking tool AIDA64, a recent beta version of the software revealed a list with model names of still unannounced 8th-generation chips, including a mobile Core i9 processor.

This list showed up as a surprise in the release notes of the beta version 5.92.4397 of AIDA64 Extreme, and it's worth pointing out that this is considered a fairly reliable source. Clearly, software developers are preparing to support Intel's upcoming hardware launches.

Here’s an extract of the pertinent bits:

If you’re keeping track, this amounts to 57 new Intel processors, although we’ve known the high-performance H-series mobile chips were coming for some time.

Obviously, what’s really interesting is the mention of the Core i9-8950HK processor, which would be the first ever Core i9 chip for laptops.

If previous -HK processors are anything to go by, this might be an overclockable part, and it’s possible that we could see either six or eight cores on the chip. And given the current trend toward more cores and threads, this wouldn’t be entirely surprising.

In addition, the release notes reveal what look to be 9th-generation processors, but it’s impossible to say whether these will be Coffee Lake refreshes, similar to how the 8th-generation mobile chips were basically refreshed Kaby Lake parts, or even Cannon Lake.

It’s also a little early for the much-anticipated 10nm die shrink, but we wouldn’t rule out anything either. Previously, Intel clarified that its upcoming Cannon Lake chips would be the first to use the 10nm lithography and be part of its 8th-generation line-up, while Ice Lake, which uses 10nm+, would be the true successor to the 8th-generation chips.

Join HWZ's Telegram channel here and catch all the latest tech news!
Our articles may contain affiliate links. If you buy through these links, we may earn a small commission.
Previous Story
PSA: A new type of phishing attack could get you to reveal your Apple ID password
Next Story
Adobe Scan has been downloaded over 4 million times. What does it do?