Former "I'm a Mac" actor is now on team Intel

Former "I'm a Mac" actor is now on team Intel 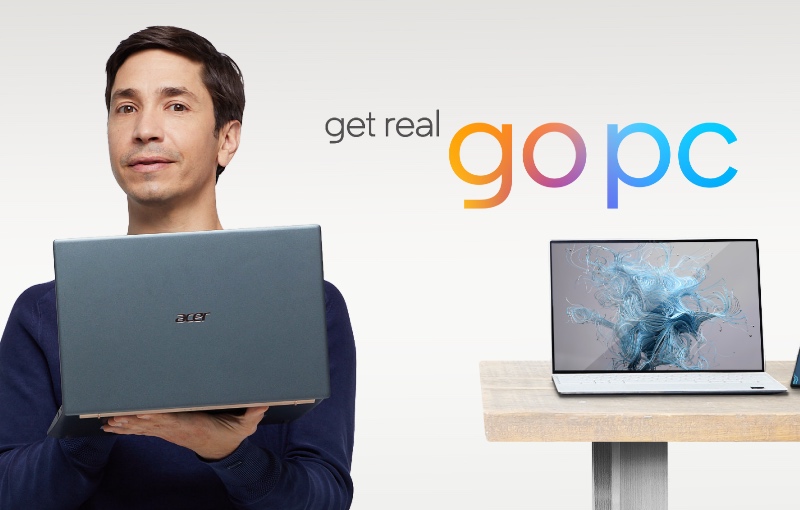 If you are of a certain age, you'll remember Apple's iconic "Get a Mac" ads. Featuring actor Justin Long, these ads boast the benefits of a Mac over PC.

Now, it seems like Intel wants to give Apple a taste of its own medicine. Intel has just launched an aggressive campaign targeting Apple's M1 Macs and it has hired Justin Long to play on its team.

In a series of ads, Justin can be seen mocking Macs' lack of touchscreens, their inability to support multiple external monitors, lack of gaming possibilities, and more.

Check out some of the ads below:

Intel also recently published an Apple M1 vs Intel page which details the benefits of going PC over M1 Mac.

While Intel makes some valid points (enough with the Touch Bar), the company is also guilty of cherry-picking benchmarks and using a variety of systems to make their points.

When claiming performance wins, Intel is pitching systems that use their top-of-the-line Core i7-1185G7 processor.

And when it comes to battery life, Intel is pitting a more power-efficient system with a Core i7-1165G7 processor against a MacBook Air which has a shorter battery life than an M1 MacBook Pro.

These comparisons could backfire on Intel yet as the M1 chip is expected to be Apple's most basic and least powerful chip. Apple is expected to launch more powerful Macs powered by Apple Silicon later this year.

In our review of the M1 MacBook Pro, we found that it comprehensively outperformed a current generation Intel-powered 13-inch MacBook Pro (albeit one with a less powerful Core i5 processor).

Join HWZ's Telegram channel here and catch all the latest tech news!
Our articles may contain affiliate links. If you buy through these links, we may earn a small commission.
Previous Story
Facebook will be bringing wristband support to control their AR glasses
Next Story
Apple could unveil OLED iPad Air and Mini-LED MacBook Air next year