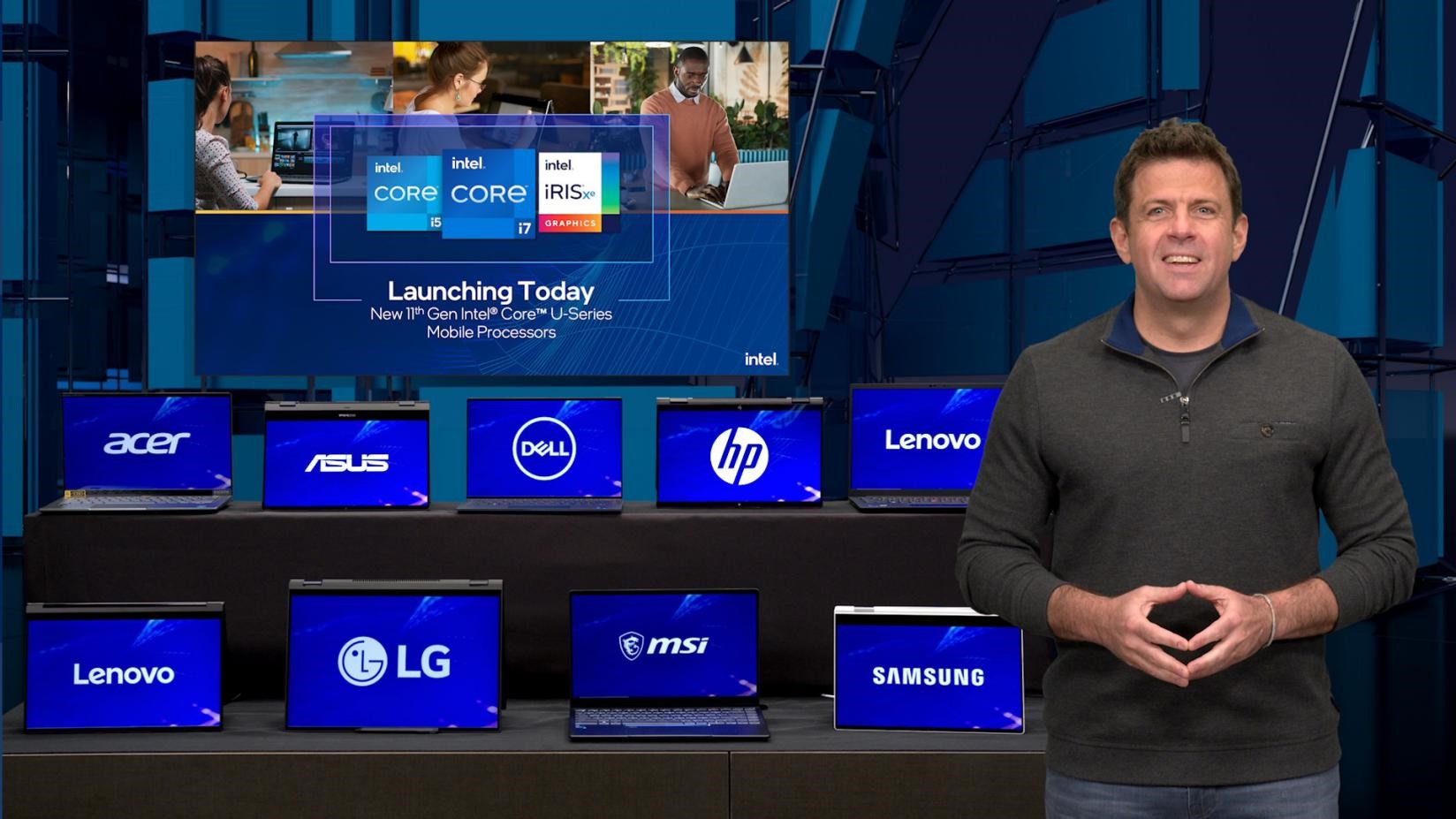 Earlier this month, Intel launched its first 11th Gen Tiger Lake H-series processors that are capable of powering gaming notebooks. Then at Computex 2021 today, Intel unexpectedly unveiled a pair of new U-series 11th Gen Tiger Lake processors at Computex 2021, one of which will even deliver up to 5GHz in clock speed for the tech company's lineup of lower voltage chips.

The new top of the line mobile processors in Intel's U-series range are now the Core i7-1195G7 and Core i5-1155G7, with the latter being the most powerful Core i5 processor too. Both chips will have a TDP rating of between 12W to 28W, comes in four core and eight-thread configurations, and like the original 11th Gen U-series processors, will also feature Intel's Iris Xe integrated graphics.

The Core i7-1195G7, in particular, is interesting because it features a base clock of 2.9GHz but is capable of cranking up to 5GHz in single-core speed - thanks to Intel's Turbo Boost Max 3.0 technology.

The Core i5-1155G7 is no slouch either, as it can get a boosted speed of up to 4.5GHz from its base clock speed of 2.5GHz. That's quite a remarkable feat, being able to get that much juice out of a mobile processor with a relatively low TDP requirement.

Expect to find the notebooks being powered by the new U-series processors from the usual suspects of Alienware, Republic of Gamers, Lenovo and Acer very soon.

Join HWZ's Telegram channel here and catch all the latest tech news!
Our articles may contain affiliate links. If you buy through these links, we may earn a small commission.
Previous Story
Xiaomi's HyperCharge system can fully charge a phone in 8 minutes at 200W
Next Story
Foodpanda has inked a one-year partnership with Ampverse's esports team Bacon Time