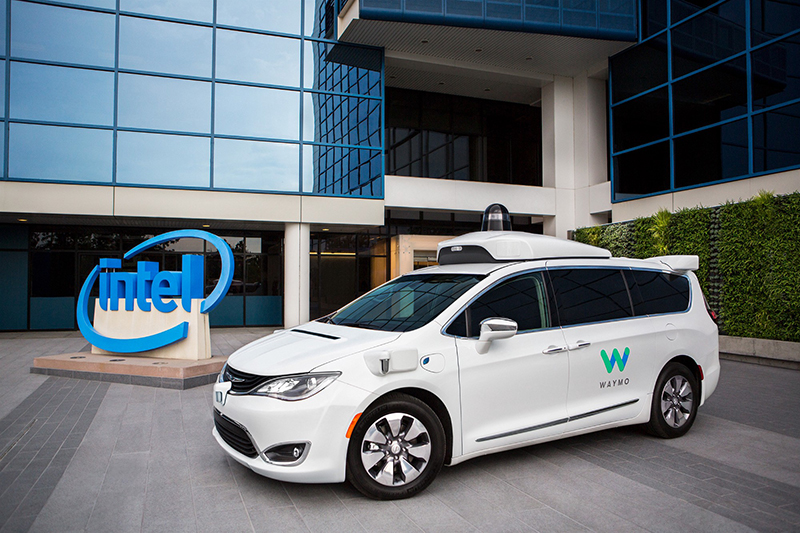 Here’s more news of self-driving car collaborations. Intel has announced that it is working with Waymo, Alphabet’s self-driving car unit that has since been spun out into a separate company, to provide the computing hardware necessary for level 4 and 5 autonomy.

In the terminology of automated driving, there are six different levels that correspond to varying degrees of vehicular autonomy (or lack thereof).

Level 4 and 5 refer to systems that can handle all aspects of driving without a human needing to intervene, where level 5 designates a completely automated vehicle that can drive itself around full-time.

These minivans are already running on public roads in Arizona and California, and both Intel and Waymo hope that the closer collaboration will enable them to one day produce cars capable of driving and responding to any condition without a human driver.

Waymo has actually been using Intel hardware as early as 2009, back when it was still Google’s self-driving car program, but the new announcement will see the two working even more closely together.

This isn’t Intel’s first foray into the self-driving car market. Back in March, the chipmaker announced its US$15.3 billion acquisition of Mobileye, an Israeli company that makes chips for vision-based autonomous vehicles.

Intel has even published a study with the bold prediction that the autonomous vehicle market could eventually generate an annual revenue stream of around US$7 trillion, so that explains the company’s motivations for wanting a slice of the pie. It also has an ongoing collaboration with BMW, where BMW 7 series cars equipped with Intel and Mobileye technology will be deployed on both US and Europe roads for trials.

On Waymo’s part, it’s been picking up plenty of partners along the way as well, including the likes of car rental giant Avis to manage its fleet of minivans, and ride-hailing service Lyft.

In the increasingly crowded and competitive space of self-driving technology, Waymo has quite a bit going for it. It owns its own sensor and software architecture (Intel is just providing the computing heft needed to power all that), and this allows it greater control over more aspects of the system.

Join HWZ's Telegram channel here and catch all the latest tech news!
Our articles may contain affiliate links. If you buy through these links, we may earn a small commission.
Previous Story
AMD confirms again that two of the four dies on Threadripper are really dummy dies
Next Story
This US$40 adapter turns your iPhone into a 6K 360 camera