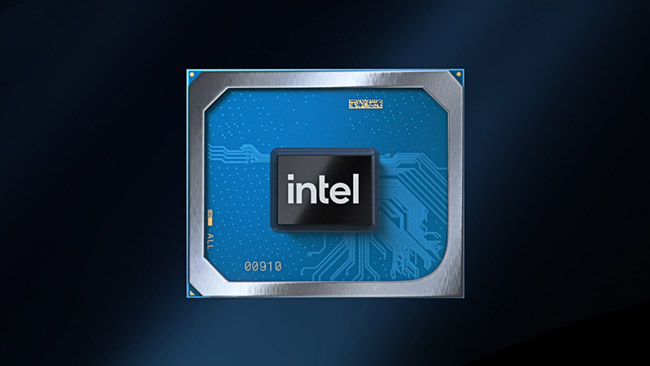 It's been an incredible second half for 2020 if you've been following up on the development of discrete GPUs. NVIDIA fired the first salvo with the launch of the GeForce RTX 30 Series in September and AMD will follow suit with their Radeon RX 6000 Series due later this month. The GPU battle is going to get more interesting too, with Intel looking to break up the current duopoly. But not just yet.

This is because Intel still isn't quite ready to battle in the high-end gaming GPU segment yet. So as you might have guessed, Iris Xe Max isn't quite designed for PC gaming as much as it is Intel's answer to the low-end GPUs you find in most thin-and-light notebooks. Still, Intel did supply some benchmarks to show how the chip performs against one of NVIDIA’s notebook GPU, the GeForce MX350. Have a look below:

Additionally, the Iris Xe Max can also tap some special abilities when paired with Intel’s Tiger Lake Core processors. Intel call it Deep Link, a technology that lets software split tasks between Intel’s integrated GPU on Tiger Lake-based PCs and the Iris Xe Max, sometimes delivering performance that would normally require a desktop video card. In addition, Deep Link can better control the power delivery and thermals to a laptop's CPU and GPU to maximize the performance on application workloads for additional speed boosting

Deep Link, unfortunately, isn’t available for PC gaming despite the potential benefits it would bring to the platform.

Intel had long promised to launch a discrete GPU this year, as part of a sweeping effort to overhaul and improve its integrated and discrete graphics capabilities - especially in the PC gaming segment. Three partners; Acer, ASUS and Dell will have the first notebooks featuring Iris Xe Max GPUs. The Acer Swift 3X, ASUSAsus VivoBook TP470, and Dell Inspiron 15 7000 2-in-1 will all be available in November in selected markets.

Join HWZ's Telegram channel here and catch all the latest tech news!
Our articles may contain affiliate links. If you buy through these links, we may earn a small commission.
Previous Story
WhatsApp could launch Disappearing Messages feature soon
Next Story
Ruined King is a singleplayer League of Legends spin-off launching in early 2021